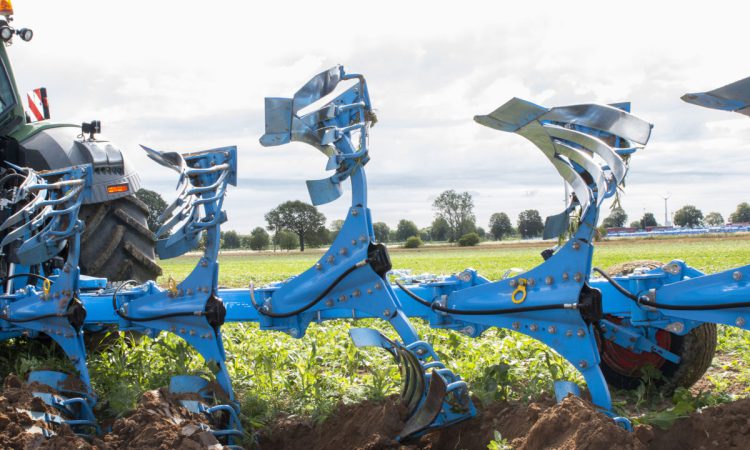 LEMKEN has recently launched a new automatic plough protection mechanism which it has called OptiStone. It is available for its Juwel, Diamant and Titan ploughs.

The company describes the new development as a “closed system of highly stable leg plates, which is reliably protected against dirt and foreign objects”.

Deflection rather than break back

When an obstacle is encountered, the new overload element is capable of simultaneously deflecting a maximum of 37cm upwards and 20cm to the side.

This, it claims, provides for a sufficiently large range of deflection to ensure disruption-free work on a consistent basis, even when deep ploughing.

The minimum and maximum values for the release force can be set to the individual ground conditions from the tractor seat with no need to dismount and attend to each individual leg. This ability to continuously adjust tipping threshold while underway, allows the operator to adapt the plough to varying soil conditions.

If the system catches below a slab of stone or roots, there is, in addition to this new system, the traditional protection of a double-cut shear bolt to prevent damage to the plough.

By referring to the idea as an ‘overload protection feature’, the company would appear to be introducing the concept of its ploughs being able to weave their way between obstructions rather than simply breaking back out of the soil.

The legs are mounted on high-strength radial spherical plain bearings which are intended to keep the plough bodies stable as the system deflects.

This bearing is said to be durable, reliable and easily accessible for convenient maintenance.

The plough bodies are firmly connected to the three-dimensional bearing points and therefore cannot unhitch, which the company believes to be an advantage over four point mounted systems.

OptiStone overload protection is available immediately on the ploughs mentioned above. 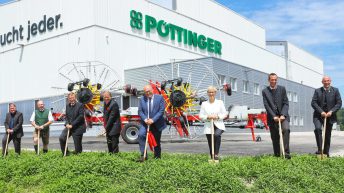