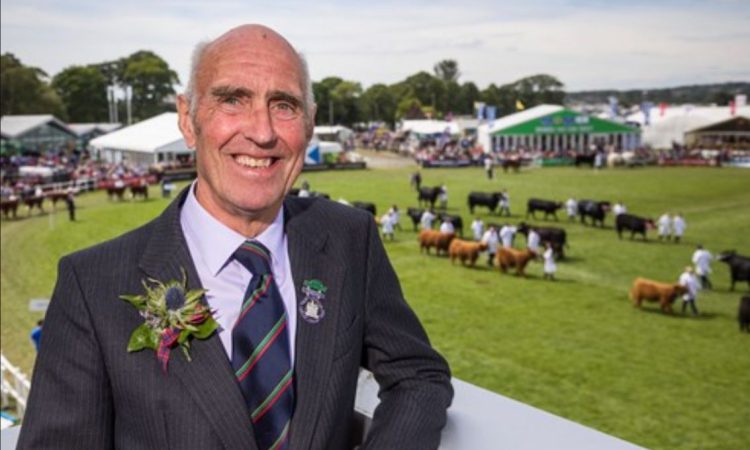 The Royal Highland and Agricultural Society of Scotland (RHASS) has announced a Clackmannan farmer will be its next chairman.

Jim Warnock, 59, from Gartfinnan Farm in Clackmannan, has been appointed chairman designate after the RHASS decided to extend its current chairman’s term and awarded two honorary vice-president roles at its AGM.

The position of chairman designate will be in place for two years, alongside the current chairman Bill Gray, who will remain in his position until July 2022.

Normally, the chair is a two-year appointment, however, RHASS directors took a decision at the July board meeting to enable Bill to stand for a further year to 2022 in light of the cancellation of the 2020 Royal Highland Show.

A farmer and managing director of JDWAgri Ltd., Jim has been a Stirling area director at RHASS since 2010 and was appointed to the society’s Executive Committee in July 2019.

During this time, he has served as steward for the Cattle, Sheep, Light Horse and Heavy Horse sections. For the last five years he has also been selected as chief steward of the main ring.

Married to Irene, the couple have three children, Duncan, Calum and Kirsty, who are all involved in running the family farm.

Past chairman of Stirling Young Farmers and past chairman and president of Stirling Agricultural Society, Jim has been a member of RHET Forth Valley for the past eight years delivering classroom talks, farm visits and other Royal Highland Education Trust (RHET) events.

Commenting on his appointment, Jim said: “I am honoured to hold the position of chairman designate at RHASS during a crucial time for the charity as it seeks to secure its future in light of recent financial challenges caused by the worldwide pandemic.

“I am passionate about the sector, supporting the next generation of farming leaders and bridging the gap between consumer and producer.”

Immediate past chairman Jimmy Warnock MBE from Sandilands Farm, Lanark, and James Dunlop from Kirkcudbright, have also been made honorary vice-presidents to reflect their significant contribution to the Society and the RHASS board. This is a 12-month appointment.

Bill said: “RHASS is facing a challenging few years as it seeks to recoup significant reduction in income as a result of Covid-19.

The RHASS board decided that a consistent leadership team over the coming years would allow the society to plan strategically for what will be a turbulent time.

“I am honoured by their faith in my skills and will work tirelessly alongside the RHASS directors and management team to create a clear direction which will ensure the society continues to carry out its charitable remit to protect and promote the interests of rural Scotland.

“I would like to add my congratulations to Jimmy Warnock and James Dunlop on their appointment as honorary vice presidents – they have given their time and dedication to the society over a number of years and we look forward to their continued involvement over the next 12 months.” 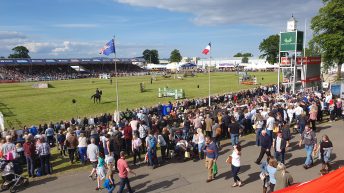