Rural crime in Northern Ireland cost the UK economy £2.7 million (€3 million) in 2015 alone, according to the most recent figures from the National Farmers’ Union (NFU).

The figures will be included in the NFU’s ‘Combatting Rural Crime’ report, which will be launched at a reception in the House of Commons today, July 17.

In terms of frequency of incidents, the most targeted counties were Lincolnshire, Lancashire and Kent, which each had bills averaging £2 million (€2.3 million) in 2015 –rural crime costs the overall UK economy around £42.5 million (€48.5 million) each year.

The steepest year-on-year climb in costs was witnessed in Gloucestershire, where the bill from rural crime rose 36% to £1.3 million (€1.5 million).

The NFU – which represents farmers in England and Wales – warned there was no standard protocol across the police force for dealing with rural crime, and said some forces did not treat the problem “as serious crime”.

Farmers are reporting dramatic increases in incidents and are feeling more vulnerable as these actions continue.

“Violent crime, along with fly-tipping, hare coursing and theft, are just a few examples of the crimes farm businesses are subject to.

“On my farm, we have suffered with constant hare coursing problems, resulting in gates being left open and stock being continually put at risk.”

Batters highlighted the prevalence of rural police station closures in recent years, with 1,000 offices being shut down between 2000 and 2012, “directly impacting the level of police surveillance”.

She added: “There are many very good examples of police forces taking action and implementing good practice to deal with rural crime, with great success.

But we believe more joined-up thinking is needed from police forces together with local authorities and government to address these issues.

“The NFU would like government to take the lead to ensure all constabularies adopt strategies of accurate recording and target setting and are willing to work together to find positive solutions to these challenges.

“Farmers should not be seen as a soft target for criminals.” 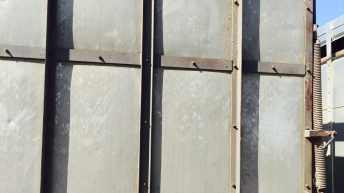