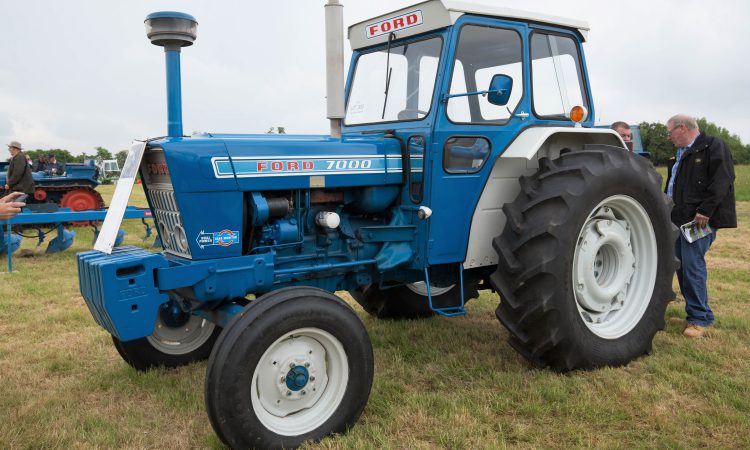 This Ford 7000 – which dates from 1975 – was one of a collection of 38 blue-liveried tractors that went under the hammer at an auction in England on Saturday (May 12).

It was supplied new by the Stansted (Essex) branch of Ernest Doe & Sons.

In production from the start of the 1970s until 1975, the 7000 is widely described as the machine that paved the way for turbo-charged tractors to be accepted across the industry.

The origins of the model can be traced back to 1967 when John Foxwell, the chief engineer of Ford Tractor Operations in the USA, began finalising the specifications for a new tractor to slot into the range between the four-cylinder 5000 and six-cylinder 8000 models.

Initially, he intended to develop a five-cylinder engine, but this was ruled out due to reasons of cost. Budget restraints dictated that the new model had to be based on the 5000 – with only minor changes.

Foxwell’s only option was to turbo-charge the four-cylinder engine. The turbo-charger was developed by Garrett AiResearch; modifications were then made to the engine’s pistons, valves, cooling and lubrication systems.

The drive-train was also strengthened; the result was a tractor that delivered 94hp.

To allow the 7000 to handle heavier implements, one of Foxwell’s engineers – Chuck McKeon – developed a new draft control system. Known as Load Monitor, it incorporated a torque sensor between the transmission and rear axle.

This detected variations in the tractor and implement loadings. It sensed changes in the forces and then sent signals (via a linkage) back to the hydraulics – to ultimately maintain a more uniform draft.

The Dual Power option (fitted to this example) was introduced in December 1973. It was an epicyclic unit – hydraulically actuated by clutch-packs. It provided an instant ‘under-drive’ in all gears without the need to de-clutch (thus providing 16 forward speeds). 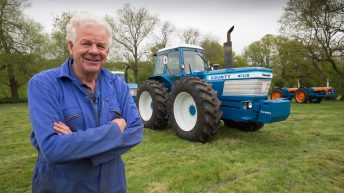 Video: Meet the man who is selling 38 Ford and Ford-derived ‘classics’ 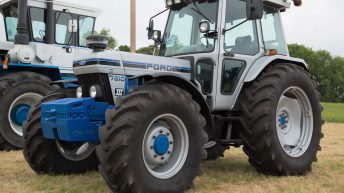