The EU needs to act swiftly to support farmers in Northern Ireland, according to the North’s Agricultural Minister Michelle O’Neill.

O’Neill was speaking from London after her second meeting in a week with the British Secretary of State Environment, Food and Rural Affairs, Liz Truss.

She said that the meeting was broadly constructive and covered a wide range of issues on which agreement for action could be built including fairness in the supply chain and procurement.

“However these are steps for the longer term. I, and the industry representatives from the North, were adamant with Liz Truss that action is needed now.

“That the intervention price must be raised and that pursuing opportunities in opening new markets tomorrow will not address the crisis our farmers are facing today,” she said.

The meeting also involved farming unions and Ministers from Wales and Scotland and was called to address a number of issues facing the farming industry, especially the dairy sector.

“It is clear that European support for our farmers is vital right now. The dairy sector in the North, which is heavily reliant on exports, has been hit hard by adverse exchange rates and poor market conditions.

Farmgate milk prices are now below the cost of production. Assistance is required. Despite appearances, I believe that the picture is not as acute in Britain.

“While it is good that my counterparts in Wales and Scotland are committed to influencing Liz Truss to act speedily, I am clear that raising the intervention price threshold is the key lever to effect positive change in the short term,” O’Neill said.

The Minister intends to ask the EU Commissioner Phil Hogan to raise the intervention threshold price when she meets him in a few weeks.

She will also attend the specially-convened Agriculture Council in Brussels on September 7.

“We accept that a successful dairy industry needs a buoyant market with fair returns and cannot rely on intervention.

“However, if we are to have a sustainable dairy industry, we also need to have reasonable safety nets when global market shocks occur. I will continue to lobby for those protections.

“I will press firmly for a review of the current intervention price when I meet Commissioner Hogan. The threshold price was last reviewed six years ago, and much has changed since then.

“A new and higher price would help stabilise prices by putting a floor in the market,” she said. 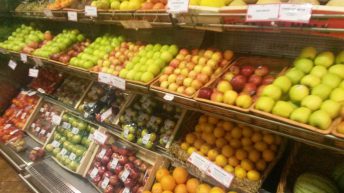