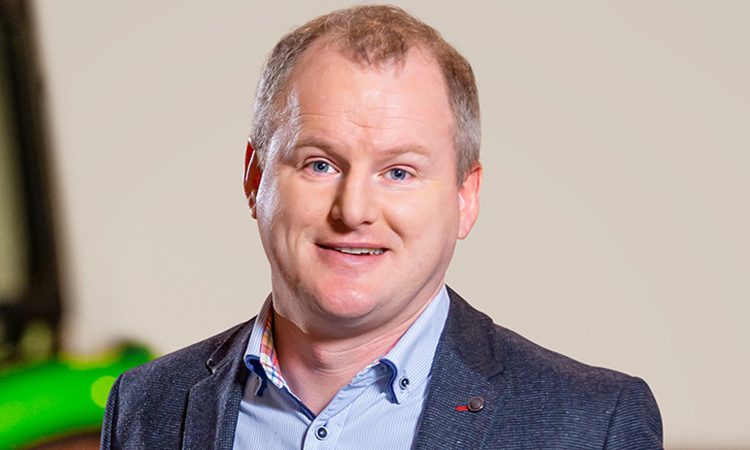 He replaces Chris Meacock, who takes over as turf division sales manager for the UK and Ireland, the Benelux countries and Scandinavia.

Based at Langar, D’Arcy will work alongside Joedy Ibbotson, who continues in his current role as agricultural division sales manager for central and southern England.

Both report directly to the sales director for western Europe, Richard Johnson, and are responsible for all agricultural product sales and marketing throughout the UK and Irish dealer network.

Brian D’Arcy is a graduate of Tralee Institute of Technology (ITT), where he gained a degree in Agricultural Engineering Management.

He joined John Deere Ltd at Langar, Nottingham in July 2007 as a tractor sales demonstration instructor, before being promoted to the role of crop systems specialist in 2009 and then later that same year to agricultural territory manager for Wales and the West Midlands, a position he held until July 2014.

D’Arcy then became UK and Ireland strategic account manager for turf and other non-agricultural products, before moving to John Deere’s European HQ in Mannheim, Germany in October 2018 as region 2 product manager for compact and utility tractors.

He was subsequently appointed to the European turf division sales manager role in November 2019, before returning to Langar to take up this new position.