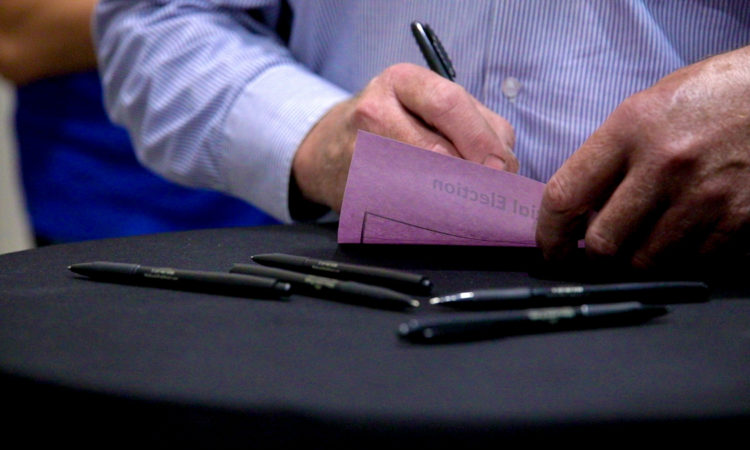 The National Farmers’ Union (NFU) is set to appoint Minette Batters as its president for a third term as the union announced its candidates for the roles of president, deputy president and vice-president. Batters is the only candidate running for the position of president while current NFU vice-president Tom Bradshaw will be up against NFU Cymru president John Davies for the role of deputy president. Davies is also contesting the election for vice-president alongside David Exwood, NFU South East regional board chairman and Thomas Wornham, NFU National Poultry board chairman. Current NFU deputy president Stuart Roberts is to stand down after four years in office. The NFU is hosting three virtual election hustings on January 17 and January 18, 2022. NFU president Minette Batters said: “Progress has been made in the last two years. “A government commitment to a global Seasonal Ag workers scheme, an Environmental Land Management Scheme now focused on sustainable farming and the Trade Agriculture Commission has become a statutory one, with powers in the Agriculture Act to report to Parliament.

These wins and many others have been very hard fought by the NFU, but I know the next two years will be just as critical and we will need to continue to campaign for a better future, from education and rural crime to environment and climate friendly food.

“Farming must connect with every section of society and across all political parties, fighting myths and misconceptions that threaten our industry.”
Download Our Free App
NFU
Loading Next Story