A road was closed after a tractor drawing a trailer full of potatoes overturned in Scotland earlier this morning (Wednesday, September 16), Traffic Scotland has confirmed.

The incident occurred on the A1 southbound route at the Thistly Cross Roundabout, according to the Scottish traffic agency.

Local police and the Trunk Road Incident Support Service (TRISS) were sent to the scene of the accident, which occurred at approximately 7:45am this morning.

The road was subsequently closed and traffic diverted off at a nearby slip-road.

UPDATE❗️⌚️08:25#A1 southbound CLOSED⛔️ after Haddington with traffic diverted via the #A199 and back on the Thistly Cross Roundabout.

What do you get when it rains 🥔? Spuddles. 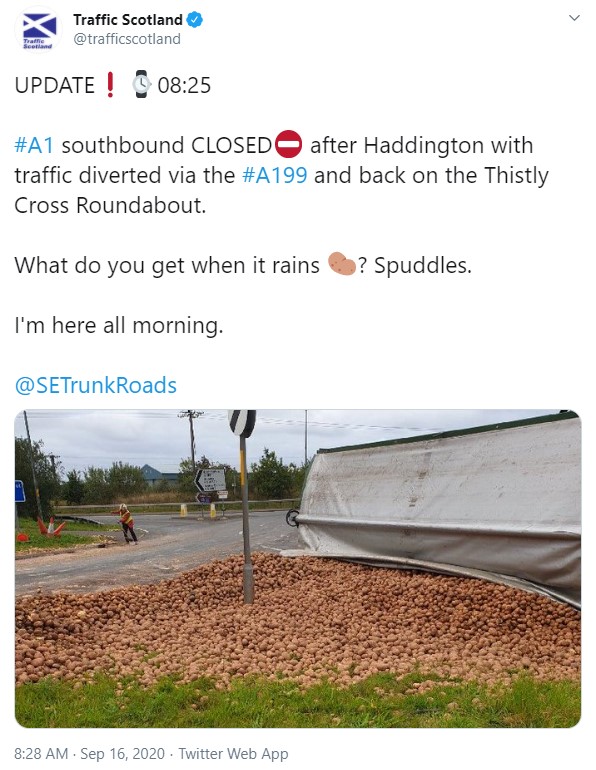 [/yes-app]
The route was cleared and opened once more about two hours after the incident.

The driver of a green tractor is being sought by authorities in Co. Tyrone following a road traffic collision which occurred earlier this month.

The incident involved the driver of a “green tractor” who provided details which appear to have been incorrect, according to members of the Police Service of Northern Ireland (PSNI) based in Co. Tyrone.