Established in 1958 in Cynwyd, near Corwen, Wales - where it still has a factory - overseas sales now account for more than 30% of sales for the firm.

The entity also has manufacturing sites in Corwen, Ruthin and in Deeside Industrial Estate.

Last year it opened a new £5 million production facility in Sandycroft, in Flintshire, to create extra capacity "to cope with the bulging order book", the company claims.

Ifor Williams employs more than 500 people across all sites.

As well as having a network of 50 UK trailer outlets and a strong European presence, the company has distributors as far afield as Australia and New Zealand, as well as exporting to Russia, Georgia, the West Indies, Japan and Africa.

According to business development manager Peter Nesbitt, sales are "taking off" in Australia where the firm now has three distributors - with more in the offing.

Nesbitt said: “It's great in our 60th year to be in such excellent health and for our prospects to be so positive.

“What we're seeing is good growth of exports in a broad range of products throughout our existing export markets in mainland Europe. We’re also seeing accelerating export sales further afield in places such as Australia."

It was a sentiment echoed by managing director John Williams who also celebrated the company’s diamond jubilee year. 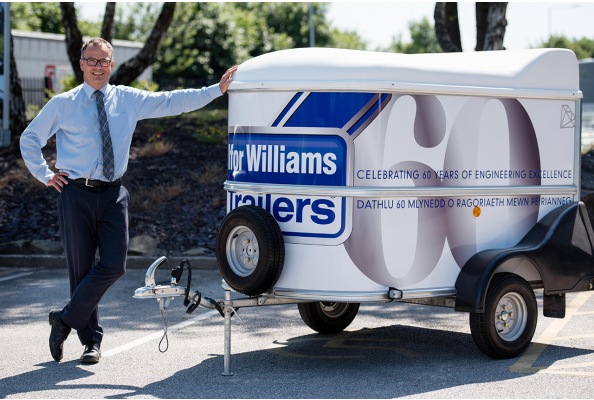 He said: “We are extremely grateful to our loyal customers who have supported us over the years. Without them the company would not be where it is today."