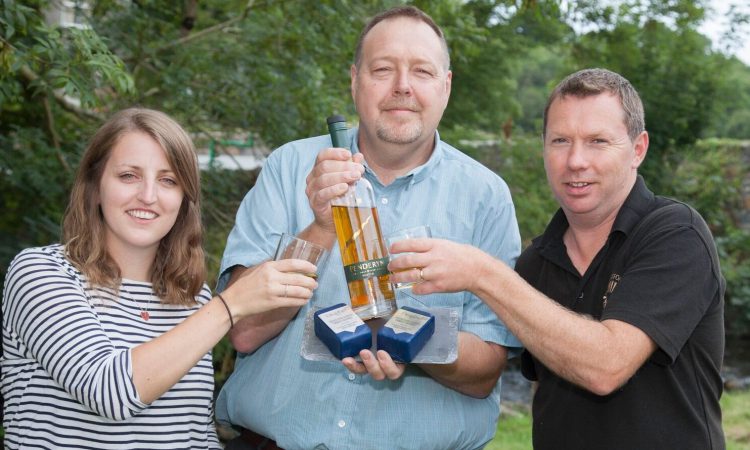 A new cheese made with a Welsh whisky and aged in a North Wales slate cavern is set to be launched at today’s Royal Welsh Show.

The new special occasion cheese, made by cheddar experts South Caernarfon Creameries (SCC), is aged in the Llechwedd slate caverns at Blaenau Ffestiniog, before being infused with the award-winning Penderyn whisky.

The unveiling of the new luxury cheese at the Royal Welsh Show is part of the firm’s 80th anniversary celebrations.

“We knew whisky would work well in our cheese,” SCC managing director Alan Wyn Jones. “We wanted a cheese that was celebratory to mark South Caernarfon Creameries’ 80th year and the re-brand of the Dragon cheese range.

“The heritage and the provenance of our products here in Wales is very important to us so we wanted to use a Welsh whisky – and of course, Penderyn was the natural choice; especially as they are opening a new site in North Wales. 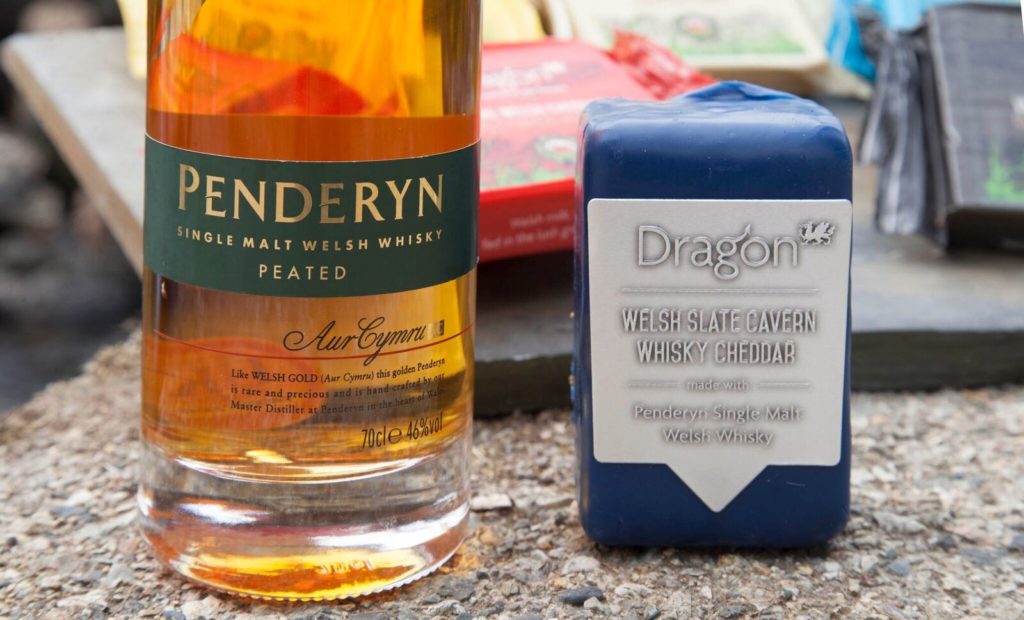 “It’s a perfect pairing which we’re delighted to launch simultaneously at the Royal Welsh Show and Nantwich Show – two of the UK’s most prestigious farming and food events – both happening this week.”

The new celebratory cheese is made with Dragon’s premium Llechwedd slate caverns cheddar, suffused with Penderyn’s Madeira Finish whisky, which is aged in ex-bourbon barrels finished in Madeira wine casks.

“We chose Penderyn’s madeira finish as it has a slightly sweeter flavour which really complements the Llechwedd aged cheese,” said Wyn Jones.

As with all of SCC’s cheeses, it is first made at the co-operative’s base near Pwllheli, where it is still salted by hand using traditional methods.

Once aged 11 months, it is taken to the depths of the Llechwedd slate caverns in Blaenau Ffestiniog, where it is matured for a further three months.

Maturing cheese in slate caverns is a method which has been used in France for hundreds of years, to achieve a firmer body and depth of flavour with rich savoury notes.

The Llechwedd slate cavern aged cheddar is then infused with Penderyn whisky before being shaped by hand and packaged.

South Caernarfon Creameries employs 130 staff at its base near Pwllheli on the Llyn Peninsula.

The co-operative has launched a recruitment drive for new farming members to supply milk. There are currently 125 supplying members and SCC remains Wales’ leading farmer-owned co-operative.

Over the last four years, SCC has invested £12 million in a state-of-the-art cheese production facility as well as the redevelopment of their cheese packing plant.

The creamery, which processes more than 100 million litres of Welsh milk each year, still occupies its original site at Rhydygwystl, near Chwilog.

The location was carefully chosen on the border between Llyn and Eifionydd; two areas renowned for their Gulf Stream-warmed lush grass.

South Caernarfon Creameries was established in 1938 by 63 local farmers. By 1954, the number of farmer suppliers had grown to 1,200 and five years later the creamery began making cheese, sold as “Caws Llyn”. 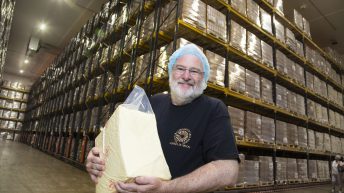