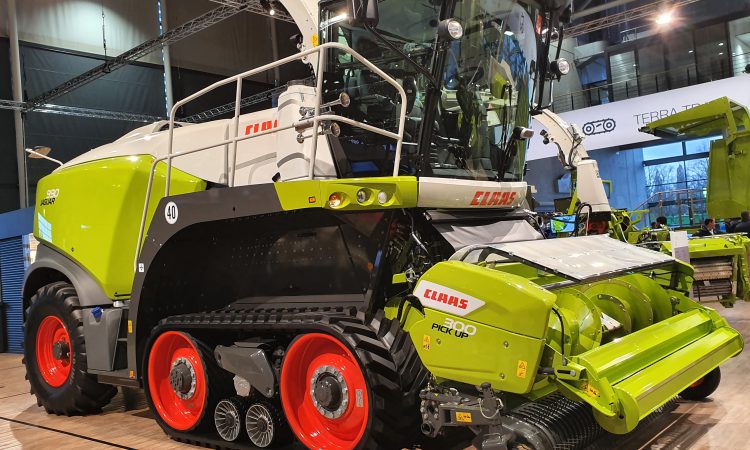 It is the most powerful self-propelled forage harvester from the manufacturer thus far.

The version pictured (above and below) is a ‘Terra Trac’ machine (fitted with a factory-integrated crawler track system). An “intelligent” headland protection system is claimed to prevent damage to the grass cover. 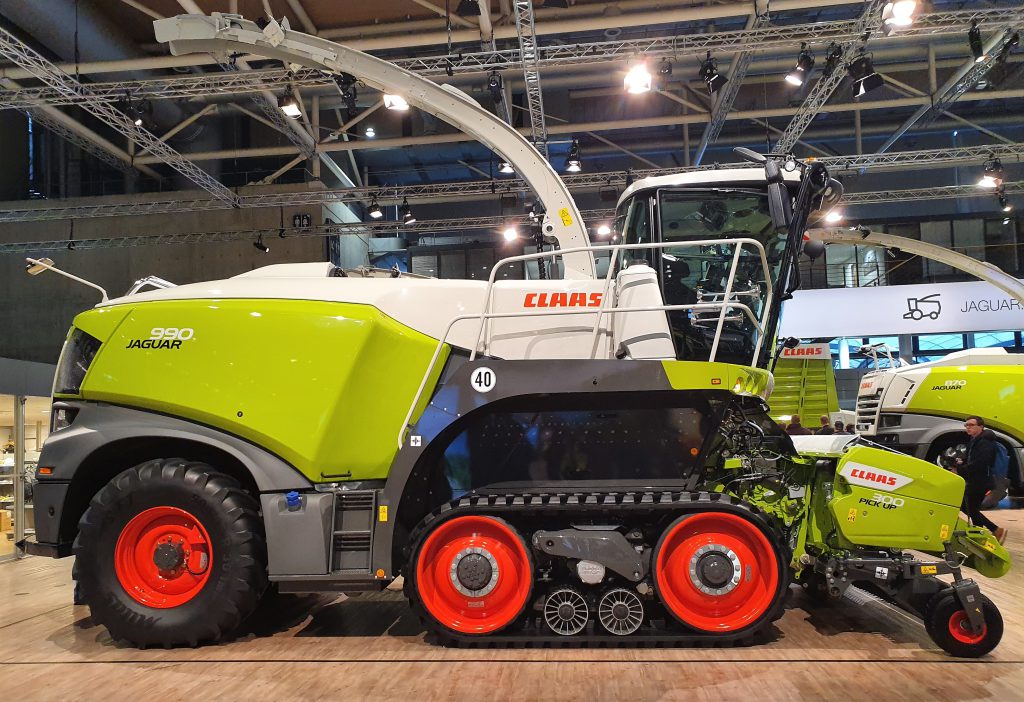 Alongside the new Jaguar 990, Claas launched a package of updates for existing Jaguar models (from the 800 and 900 ranges), as well as a new 4.5m Orbis maize header. Among the updates is a move to Stage 5 engines for Jaguar 900 series machines.

In addition, Claas will make a so-called ‘Dynamic Steering’ system available on these foragers.

Other noteworthy updates include a new 42-blade V-Max drum for the 970, 980 and (new) 990 models and the option of ‘Cemos Automatic’ on all Jaguar 900 series machines.

Also at Agritechnica, Claas is showcasing its new flagship combine harvester – the Lexion 8900 (pictured below). 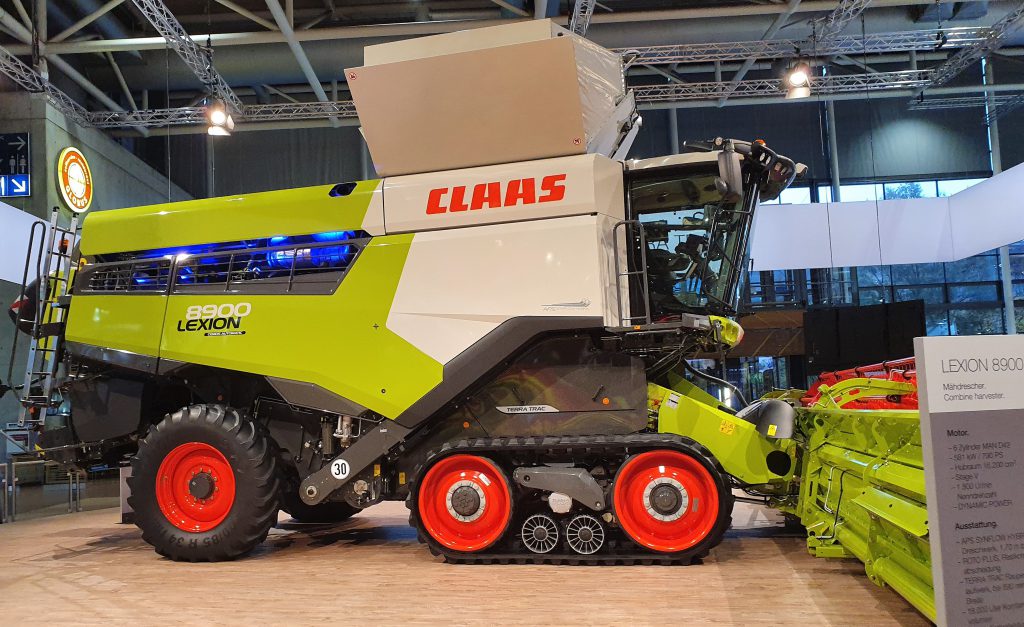 On a recent trip to France, we spoke to product specialist Adam Hayward to find out more about the machine. Our camera-man Kevin Farrell produced this video (below).