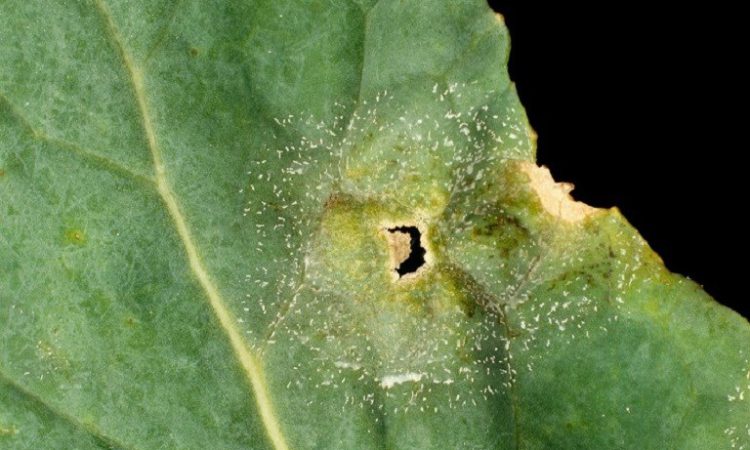 Light leaf spot (LLS) risk has remained relatively low in the UK, according to the spring update of the 2018-19 forecast.

Each spring, the autumn forecast is updated to take account of winter rainfall. As January and February were relatively dry, and because December was not particularly wet, the overall risk has reduced in the final forecast.

The regional forecast highlights the proportion of the winter oilseed rape (OSR) crop, with a disease resistance rating of 5, predicted to have more than 25% of plants affected by the disease by the spring. The forecast does not show total incidence.

Jon West, who manages the forecast at Rothamsted Research, said: “Light leaf spot symptoms have already been observed at some monitoring sites. Although it is a relatively low-risk year, a high incidence can still occur in some crops.

As there is always a lot of field-to-field and within-field variability, we advise vigilance and frequent crop inspections to assess LLS severity.

The latest forecast is the first season since 2013-14 that no regions have fallen into the highest risk category (more than 60%).

Towards southern Britain – especially in East Anglia – the risk forecast is exceptionally low, with the forecast predicting even lower disease pressures than the relatively low-risk 2013-14 season.

Historically, LLS risk is more serious towards the north of England and in Scotland. The 2018-19 risk in these regions can be described as moderate.

The highest risk is forecast to be in the West Midlands and Wales regions.

Information on fungicide performance and LLS can be accessed on the AHDB Light Leaf Spot forecast website.