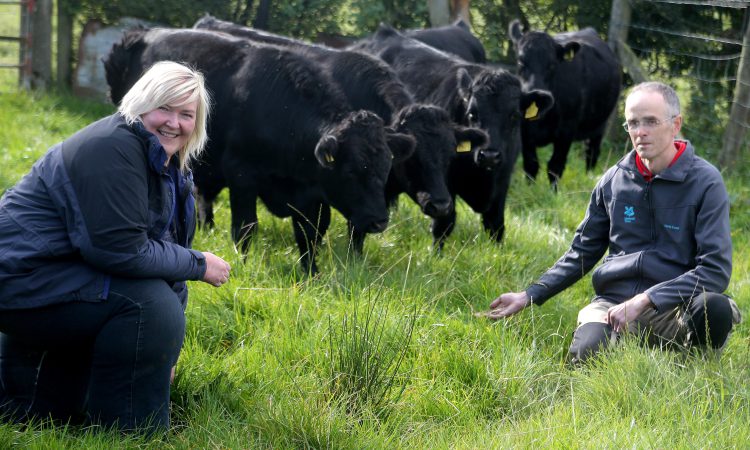 The National Trust North Coast Conservation team have revealed ambitions to return grazing livestock to one of the bays at the Giant’s Causeway.

The bay is known as Portnaboe (meaning ‘bay of the cow’ …or cows), which is the first bay visitors come to from the Visitor Centre on their way to the Grand Causeway.

Sheep were the last animals to have grazed this area, and that was over 40 years ago.

Since then, the grass has become very rank and bramble and bracken have spread all over the bay. All of that rank vegetation is believed by ecologists to be having a negative impact on many of the wildflowers and insects that live there.

Of particular concern is a group of rare and very small snails including the narrow-mouthed whorl snail. At less than 2mm, it is one of the smallest snails in the country and only occurs in Portnaboe and three other bays around the Causeway Coast and nowhere else in Northern Ireland.

The National Trust has been working on removing bracken and bramble in the bay for a number of years but the conservation team feel livestock grazing would be the best solution to promote biodiversity in the area.

Grazed habitats generally support a greater number of all sorts of species, with a greater variety of plant species in turn supporting a wider variety of insects, including pollinators.

She said: “I would be delighted to see a return of cattle to Portnaboe, my family have grazed livestock in the bays around the Causeway in the past.

“When the National Trust approached me to discuss the possibility of reintroducing grazing in the Portnaboe area, I got a few Dexter cattle, which are a traditional breed and ideal for this situation. They do not mind eating rougher, coarser grass.

The Dexters are small in size and of lightweight, this means they can easily climb the slopes around the bay. They are also quite cute cattle, so I suspect they will be very popular for visitors to photograph and will be something else for the visitors to enjoy.

The project is being led by North Coast Area Ranger Dr. Cliff Henry.

Dr. Henry added: “For more than five years I have been hoping to get some animals back onto some of the ungrazed areas around the Giant’s Causeway.

“The bays around here would certainly have been grazed in the past, but with so many tourists visiting the site this just hasn’t happened for a very long time.

Balancing the need to protect our wildlife with allowing access for over one million people every year is not straightforward.

“Very few visitors explore Portnaboe, so this is the easiest place to start grazing again.” 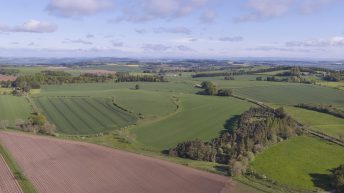