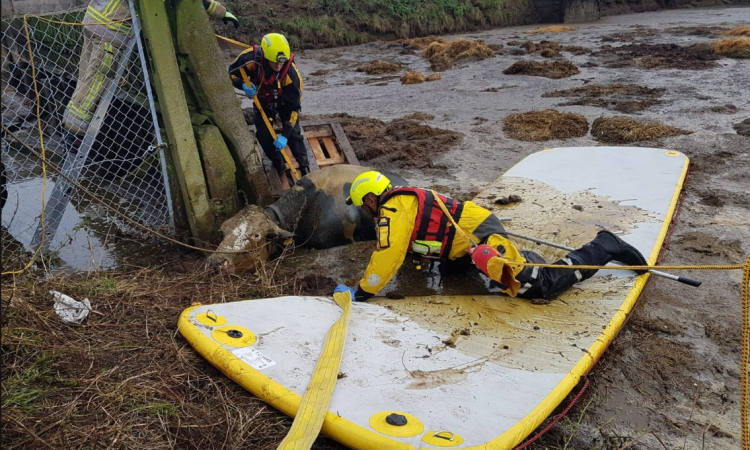 A number of cattle have been safely rescued following an incident where livestock gained access to a slurry store on a UK farm.

In a post on Facebook yesterday, Wednesday, January 22, Staffordshire Fire and Rescue explained that crews from Newcastle, Stafford, Leek, along with a specialist animal rescue vehicle from Cannock, were attempting to rescue four cows which had gotten into difficulty after gaining access to a slurry store on a farm in Stafford.

It was outlined that two of the animals were at risk of drowning and the firefighters were working to get them free.

In a later post the rescue service announced that all four cows escaped and were said to be “safe and well”.

The rescue service explained: “Three of the animals managed to get themselves out of the water but crews worked quickly to save the fourth cow with the help of the farmer.

“It appears the cows broke the fencing to go an adventure,” the post outlined.

Separately, farmers are urged to take extra care when working with slurry – particularly agitating – as spreading season gets underway once again.

The warning was made by the Health and Safety Executive for Northern Ireland (HSENI) as the closed period for spreading slurry comes to an end for counties in northern parts of the island of Ireland at the end of the month.

Mixing slurry can be a particularly dangerous job as slurry gas is released very quickly, and in large quantities, as soon as the mixing starts, the authority warns.