Climate change can be tackled without cutting livestock numbers 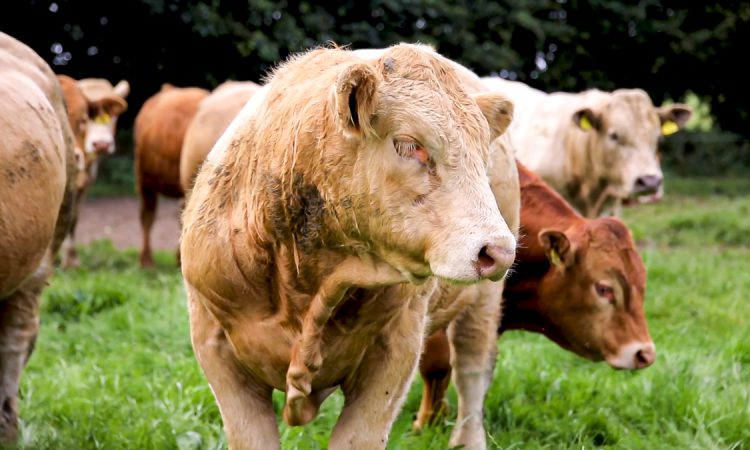 The beef industry in Northern Ireland (NI) is indicating that climate change can provide opportunities for livestock farmers.

The sector currently produces just short of 150,000t of beef annually. Based on farm gate prices, this level of output is currently valued at around £450 million per annum.

Given what we already know now, it will be possible to significantly reduce the time taken to bring cattle through to finished weights. Current estimates indicate that the beef sector can easily secure a 35-40% reduction in greenhouse gas [GHG] emissions within the next decade.

“There is little doubt that additional scientific research will get us the rest of the way in helping to meet Northern Ireland’s carbon net zero commitments over the following decades,” he added.

But George Mullan also made it clear that the beef industry has no alternative but to address the challenge of climate change in a very forthright manner.

“Retailers and all those other customers that we deal with have committed to securing these very same net carbon zero targets. And to make this happen requires every facet of the beef production and supply chain to be operating from the same page, where climate action is concerned,” he said.

“But the good news for farmers and the economy as a whole, is that the beef industry can meet its climate change targets without reducing cattle numbers.”

This week will see the Ulster Farmers’ Union (UFU) giving evidence to the Stormont Agriculture Committee regarding the projected impacts of the private member’s Climate Change Bill now under discussion by MLAs.

Union officers believe that the enacting of the proposed legislation in its present format could cause at farm level in Northern Ireland.

UFU deputy president David Brown said: “We must continue to make the case for a fairer framework; one that is backed up with expert advice relevant advice.

Local farmers must be allowed to reduce emissions on-farm without the need for drastic livestock reductions.

Brown points out that the agriculture committee’s call for evidence is a crucial part of achieving essential revisions to the private member’s bill.