A man charged with murder in connection with the death of a fellow employee at a farm near Blandford has been found not guilty following a trial.

On the evening of Friday, September 28, 2018, Dorset Police was called to Hanford Farm following a report that a 25-year-old man had sustained serious injuries.

Marcin Tameczka, a Polish national who was living locally, was later pronounced dead at the scene.

A post mortem examination indicated the death was a result of blunt force trauma.

An investigation was carried out by detectives from Dorset Police’s Major Crime Investigation Team (MCIT).

Matthew Cradock, aged 26 and of Shaftesbury, was arrested in connection with the incident and subsequently charged with murder.

Following a nine-day trial at Winchester Crown Court, the jury returned a not guilty verdict.

Detective Chief Inspector Rich Dixey, of MCIT, said: “We respect the decision of the court and our thoughts remain with the family of Mr. Tameczka.” 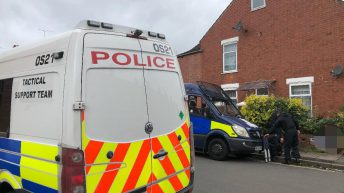