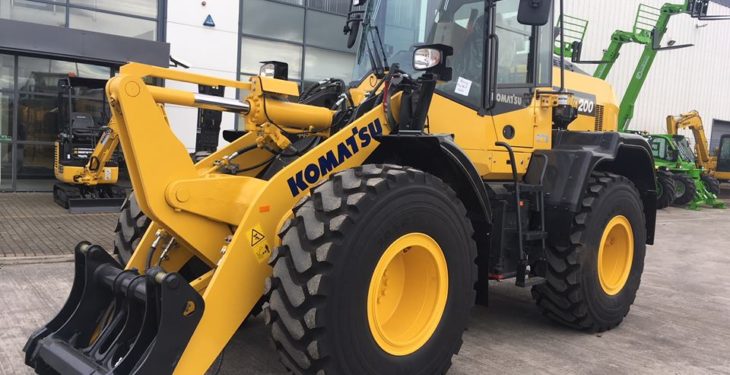 It will be used primarily as a transportation, storage and transit centre for its growing trade in used machinery.

Looking forward, the company says that the facility could have an additional benefit, should it require a UK operational base in the post-Brexit era.

Also this month, the company – which has its headquarters in Birdhill, Co. Tipperary, and already has another depot in Rathcoole, Co. Dublin – brought its first Komatsu WA200-8 wheel loader into the country.

The new PC210LCi‐11 includes a control function that allows the operator to work without fear of digging too deep, thanks to its novel technology.

While Komatsu has previously released an excavator with “intelligent technology” – the PC210LCi-10 – this feature is now a “proven concept“. Komatsu claims its latest model can “dramatically improve efficiency, precision and safety on a work site”.

Movement of the bucket is automatically limited to ensure that it does not dig further than needed, while the control function automatically maintains the grade – with “real‐time” bucket edge positioning.

McHale Plant Sales has already sold a PC210LCi-10 here in Ireland; it’s on its way to Tower Plant and Civil Engineering.