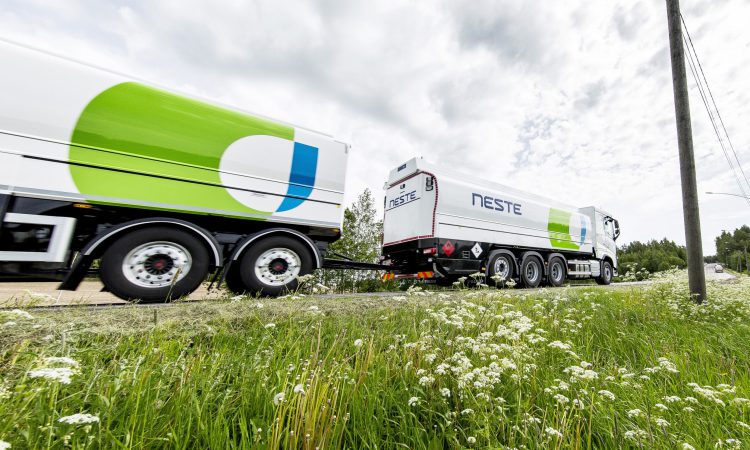 Diesel fuel tends to appear particularly high on the list of sinners when it comes to environmental friendliness, despite combustion ignition engines being intrinsically more efficient than spark ignition.

One of the main concerns, is that it is a fossil fuel which introduces more carbon into the atmosphere. Attempts to extract a viable alternative from sources such as rapeseed oil have failed to produce a clean burning product.

But technology moves on and there is one company which is quietly introducing a direct drop-in replacement for mineral-based diesel fuel that suffers few of the drawbacks of earlier attempts.

Neste in partnership with EG Group

The company is Neste, and it has recently announced that its Neste MY Renewable Diesel replacement will be available through forecourts belonging to the EG Group in Belgium.

While a major player in forecourt operations and fast food outlets, the EG Group does not have a particularly high profile, yet it operates globally and has an Irish presence through the purchase of a number of KFC outlets in 2020.

Neste itself is based in Finland; it started life as the national oil company but has since evolved into a privately-owned refining business that produces diesel fuel from both mineral oil and vegetable matter.

The company produces sufficient synthetic fuel from waste to supply 20% of Finland’s diesel needs, including agriculture.

The vegetable matter may be anything from kitchen waste to residues from vegetable oil production. There are also plans to process one million tonnes of waste plastic by 2030.

Drop in replacement for diesel fuel

The use of Neste MY Renewable Diesel, as it is known, is a sustainable alternative to fossil diesel.

It does not require any modifications to existing engines, vehicles or fuel distribution infrastructure.

Presently, the output of diesel substitute from its Porvoo refinery is sufficient to supply 20% of Finland’s diesel consumption, yet it has two further production facilities, one in Singapore and the other at Rotterdam.

The synthetic diesel is also already available in Sweden, Estonia, Latvia, Lithuania and the United States – in California and Oregon.

In these states there is a demand from truck operators wishing to run their fleets on green energy.

Neste’s claims that its Rotterdam refinery, together with the company’s Singapore facility, are the world’s biggest and most advanced renewable diesel plants.

The total annual production capacity of all three sites, along with other renewable products, including aviation fuel, is currently 3.2 million tonnes. This is expected to expand to almost 4.5 million tonnes by the first quarter of 2023.