Pristine ‘special edition’ 7810 one of 38 classics up for grabs 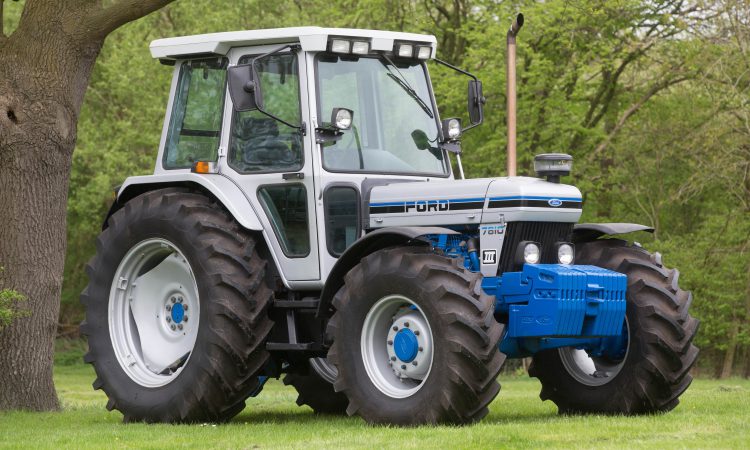 The 7810 Generation III ‘Silver Jubilee’ is sometimes described as the ‘holy grail’ for Ford collectors.

These iconic ‘special-edition’ tractors were launched in October 1989 to commemorate 25 years of tractor production at Basildon (England).

Accounting for 25% of the company’s retail sales (in the UK) at the time, the Ford 7810 was the obvious candidate for a special edition version.

Based on the Generation lll tractor, the ‘Silver Jubilee‘ version was equipped with the famous Super-Q cab (with an electronic instrument panel), 4WD (using an Italian Carraro front axle) and the ‘Synchroshift’ gearbox (with Dual Power).

Of course, the most striking feature was the special metallic silver and blue livery.

One ‘Silver Jubilee‘ tractor was allocated to each UK Ford dealer. The plan was to offer it as a high-specification machine with air-conditioning, an electronic performance monitor and four spool valves.

However, some dealers complained that the long list of added extras would make the tractor too expensive for their customers, so each dealership was sent an order form that allowed them to tailor the specification to their own requirements.

This saw some ‘Silver Jubilee‘ tractors go out with just two spool valves and no air-conditioning.

Apparently, the only constant was the “luxury” Grammer seat (with armrests and height adjustment), which was fitted to every tractor.

Advertisement
Around 150 of these limited-edition models were built, but the silver paint and the expensive price tag led to some resistance from customers. Several had their specification downgraded or were repainted in the normal blue livery – to move unsold stocks.

This 1989 example (pictured above) is up for grabs – at an upcoming auction.

It’s part of a collection that’s owned by UK-based tractor enthusiast Paul Cable. The whole collection is due to go under the hammer (in individual lots) on Saturday, May 12 in England.

These eye-catching photographs were taken by Tim Scrivener, who routinely visits auctions and on-site sales for AgriLand.

For more information on this noteworthy auction (and to hear Paul Cable talk about his stunning tractor collection) click on this link. 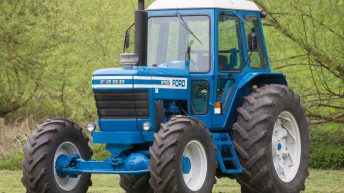 Calling all Ford fanatics: Go back in time at this ‘classic’ sale