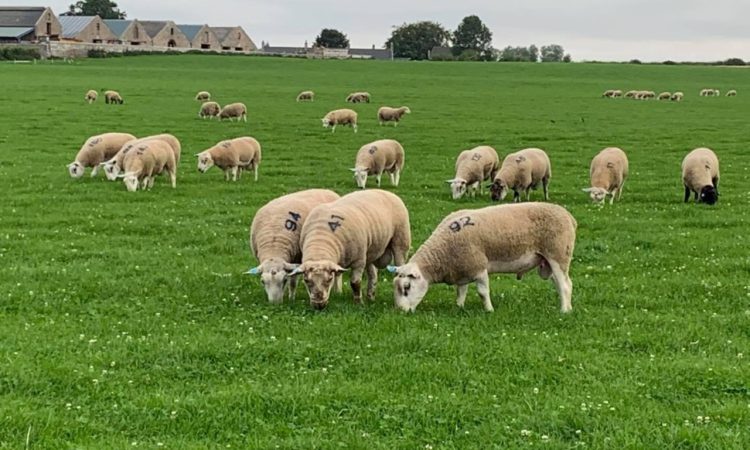 The sale which included a range of Aberfield, Texel, Beltex, Sufftex and New Zealand Suffolk rams and gimmers saw buyers from all over the UK purchase stock both online and in-person at the sale.

A Texel ram by Glenway Boris achieved the top price of £2,000, while £195 was achieved for a pen of Aberfield-cross gimmers, sired by homebred Aberfield rams.

As the “only” Innovis Aberfield breeding partner in Scotland, the Scott family endeavoured to experiment with new genetics and standardise the flock, partnering with the UK supplier of sheep-breeding technologies since 2014.

As evidence throughout the sale with a top price of £1,500, Fearn Aberfield rams have gone on to “thrive on commercial farms and crofts all over the country”, following their growth on a forage-based diet.

The ability to offer a hybrid sale model was important to John and his family, who provided videos and genetic data online ahead of the sale.

John Fearns added: “It was great to see people in person, enjoying the relaxed atmosphere and interacting with the online selling format.

But, it was equally important that the sale was accessible to everyone, so individuals could join from their computer or phone at home, without the extra travel.

“The ease of the bidding system allowed us to deliver the hybrid format without compromising the quality of the sale and ensuring our animals can go to support flocks right across the UK.”

Although gimmers achieved a 100% clearance, on this occasion, not all rams found a new home. 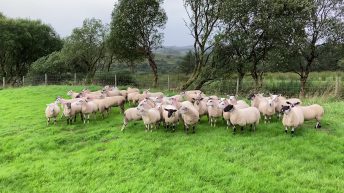 What weight should my ewe lambs be at breeding time?