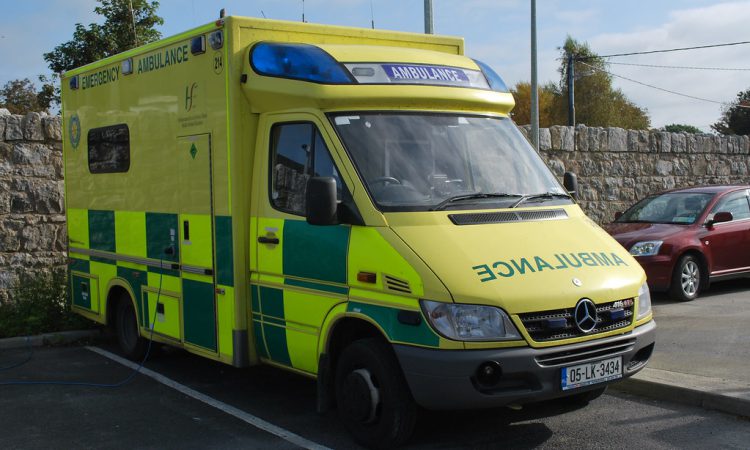 A man and a woman, both aged in their 70s, were taken to hospital following a two-vehicle collision involving a tractor last week.

The incident occurred last Wednesday, February 5, in Co. Down, according to local members of the Police Service of Northern Ireland (PSNI).

In a statement on social media, PSNI officers based in the Newry and Mourne area said:

“Police received a report of a two-vehicle road traffic collision on the Grange Road area of Cranfield on Wednesday, February 5.”

PSNI inspector Stewart said: “Shortly after 10:30am it was reported that a white Nissan Micra and a blue tractor were involved.

“Enquiries are continuing and we would appeal to anyone who witnessed the incident or who may have dash-cam footage available to contact Police on 101, quoting reference number 488 of 05/02/2020,” the PSNI statement concluded.

Earlier in the month, a total of 25 pigs have been rescued following an incident that occurred on a farm in Co. Antrim, on Saturday, February 1.

The livestock were rescued from a slurry pit when a beam – supporting the slatted floor in the shed – collapsed and the floor fell into the slurry pit bringing the pigs with it.

He explained that while 25 of the pigs were rescued safely, approximately 25 – 30 pigs were killed in the ordeal.

He outlined: “A rescue team entered the tank and took the pigs to safety one-by-one. A makeshift ramp was made into the slurry pit to assist in taking the pigs out of the tank.

“These guys are on-call firefighters, they’re not full-time staff; some of them are farmers, some of them all come from different backgrounds.

“To commit the time and effort they do to train and commit themselves to do the job they do, I can only applaud them,” he concluded.