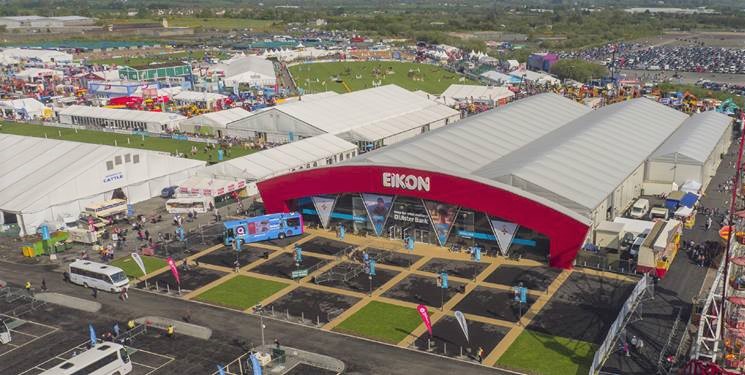 The Royal Ulster Agricultural Society has announced it will cancel this year’s Balmoral Show as coronavirus (Covid-19) numbers continue to rise in Northern Ireland.

Record crowds of 120,000 attended the 2019 Balmoral Show. The 2020 show was initially due to take place on May 13-16, but was postponed on March 16 after the coronavirus pandemic escalated.

Plans were put in place to instead run the show from Wednesday to Saturday, August 19-22, 2020. However, these have now been shelved.

It makes Balmoral the 13th of Northern Ireland’s agricultural shows to cancel for 2020 because of the Covid-19 pandemic.

It’s not the first time the show has been cancelled. According to On With The Show: 100 years at Balmoral, a commemorative book by Alf McCreary, the show was cancelled from 1914-18 during the First World War when it was used as remount depot by the military.

The 1947 show was also the first for several years since the outbreak of the second world war 1939.

During the war, the showgrounds were requisitioned by the Government. Londonderry Hall was used to house aircraft while Harberton Hall became a components store.

Most recently, the show was last cancelled in 2001 during the Foot and Mouth crisis.

It also joins other large-scale shows such as the Royal Highland Show, Royal Welsh Show and Yorkshire Show in cancelling this year because of coronavirus.

On April 21, south of the border, the Irish Government announced gatherings of more than 5,000 people would be banned until the end of August.

A similar ban has not yet been put in place in Northern Ireland. However, it would not be unexpected given that First Minister Arlene Foster and Deputy First Minister Michelle O’Neill announced the region’s three-week lockdown would be extended for a further three weeks just days after the same decision was made in the Republic of Ireland.

The latest figures from Northern Ireland’s Department of Health confirmed a further five people lost their lives to Covid-19 on Sunday (April 26).

It brings the total number of deaths to 299 since the start of the outbreak.

Dr. Alan Crowe, RUAS chief executive said the society had not made the decision lightly.

“It is with deep regret that the Royal Ulster Agricultural Society (RUAS) has taken the decision to cancel the 2020 Balmoral Show, scheduled to take place from Wednesday to Saturday, August 18-22,” Dr. Crowe said.

Please be assured that we did not come to this decision lightly, however after several meetings and the exploration of all alternative options, it became clear that we would have been unable to run the 2020 show on the rearranged August dates during these unprecedented times.

“We understand that this news will be disappointing to many, however as the global Covid-19 pandemic endures, we believe that as a society, we have an obligation to protect the health and wellbeing of all our staff, members, competitors, visitors, volunteers, trade exhibitors, sponsors, contractors and suppliers.

“As Northern Ireland’s largest agri-food event with over 120,000 visitors each year, we are aware of the time, money and hard work put into attending the Show by livestock exhibitors, competitors, sponsors, trade stands and suppliers.

With many local farmers, businesses and visitors facing financial uncertainty at present, we feel that everything is stacked against us in trying to run a Show in August.

“Moving forward, the RUAS will continue to take great pride in supporting and showcasing our local farming community and we plan to return next year with a Balmoral Show stronger than ever.”

The 152nd Balmoral Show in partnership with Ulster Bank will now take place from Wednesday to Saturday, May 12-15, 2021, at Balmoral Park, Lisburn.