Home » Arable » 3 weeks without rain: How tech is helping one Perthshire potato farmer hold up

3 weeks without rain: How tech is helping one Perthshire potato farmer hold up 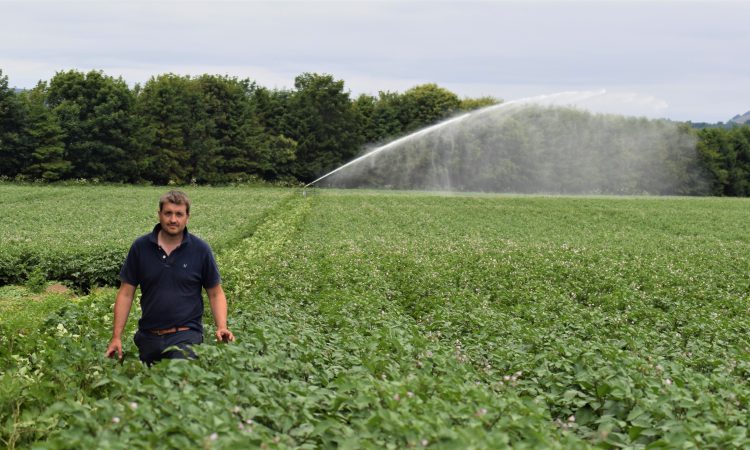 With only 39mm of rain at Bruce Farms, June’s rainfall was less than half the 20-year average – a huge difference in terms of what is required.

Kerr Howatson said: “We’ve been without rain since the June 20, so we’re now beginning to see the effects of a prolonged dry spell – something that we’re not really used to.

Typically we would only need to irrigate once, maybe twice every four to five years but we’re now looking at our fourth round of irrigation of the season.

“This is absolutely vital at the moment to keep the soil moisture deficit from rising too high, so the best advice would be to top up little and often. There is no point putting on significant quantities of water only to see your efforts literally evaporate into the air.

“At such an important point of the growing process, common scab is a clear worry for many potato growers. If the crop doesn’t get enough water, the levels of this disease could be a concern.”

Dr. Mark Stalham, senior research associate at NIAB’s Cambridge University Farm, has reviewed the use of nitrogen (N) in soil at SPot Scotland and gave guidance on its application at this crucial point.

Dr Stalham, said: “If the lack of water continues, nitrogen uptake will be slowed.

We are looking at extremes with dry conditions and reduced N availability and uptake by the crop.  The best advice would be to apply water, little but often, to increase the availability of what is currently in the soil.

“There can be a temptation to apply N to boost crop growth and darken leaf colour; however, in some crops, this will only increase canopy growth and have little or no impact on yield, and can delay skin set, where canopies are defoliated whilst still green and active.

“For many crops planted in early May, N uptake will continue for another two weeks – any N that gets applied subsequent to that date will not increase yield.

“With little to no rain forecast for the next fortnight, it’s important that growers irrigate where possible to promote growth and avoid the potential damage from crops developing secondary growth – where tubers cease growing and then recommence growth following rainfall resulting in cracked, misshapen or sprouted tubers.”

Demonstrations at Bruce Farms this year have been enhanced by the introduction of innovative precision farming.

Working alongside Soil Essentials, who supply field data by using drone and satellite imagery to determine soil types and monitor the growing process right up until emergence.

Claire Hodge, knowledge exchange manager for Scotland, added: “We’ve introduced ‘Soil Essentials’ in order to read the data from the field and make alternations where required.

“We can then look at each strip more closely and use this data to make retrospective decisions later on in the project to improve the quality and yield of the final product.” 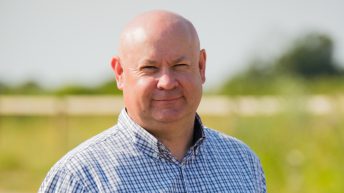 Strategic Farm water trials have ‘helped me sleep at night’