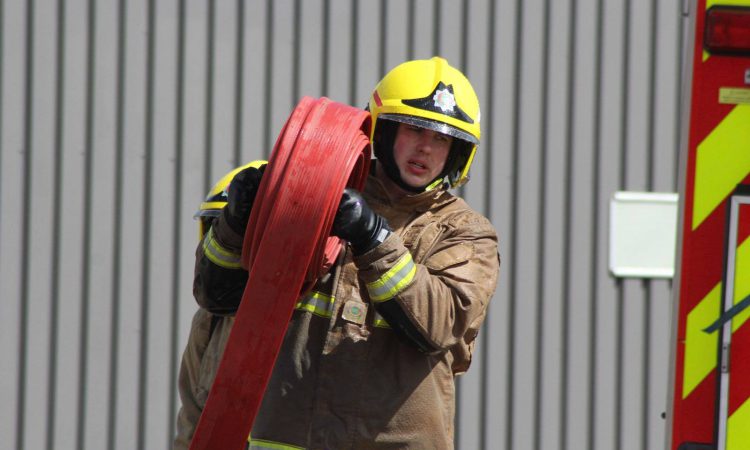 Approximately 50 fire brigade personnel attended a large blaze which broke out in a number of farm sheds last night, Sunday, January 19, in Co. Antrim, according to the Northern Ireland Fire and Rescue Service (NIFRS).

The incident occurred at a farm on the Ballyclogh Road, Bushmills, Co. Antrim, where a number of farm sheds went ablaze.

According to the fire service no injuries were reported, while livestock were removed “out of the immediate risk area”.

In a statement on the matter released last night, a spokesperson for NIFRS confirmed:

“Crews are currently attending an incident at Ballyclogh Road near Bushmills.

This is a well-developed fire involving hay, farm machinery and agricultural equipment in a number of farm sheds.

“There are approximately 50 personnel attending the fire, as well as support from specialist appliances,” the spokesperson noted.

Continuing, it was added: “We would request members of the public to avoid the surrounding area due to the movement of fire appliances and the need to close off the Ballyclogh Road adjacent to the incident to allow water supplies to be secured.

“Currently there are no reports of injuries and farm animals have been moved out of the immediate risk area,” the NIFRS representative concluded.