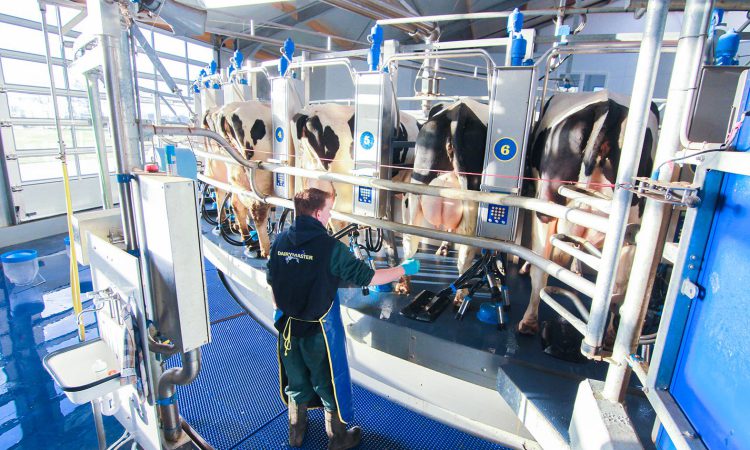 Gone are the days when a milk sample could provide dairy farmers with information on Somatic Cell Count (SCC) and Bactocount levels only.

According to David Patterson, an advisor with Dale Farm’s ‘Dairy Herd Management’ team, milk samples can also be used to confirm pregnancy and to test for disease.

“It is possible to test for pregnancy 60 days after calving and 28 days after service,” he said.

“It’s simply a case of identifying specific markers in the milk.

We also test regularly for diseases, such as Johne’s IBR and BVD.

He added: “Testing specifically for Johne’s can be a bit problematic within herds where there has been a significant history of Bovine Tuberculosis.”

Patterson spoke at a recent SCC advisory event, held at the Co. Tyrone farm of Alan and Ian Armstrong.

He confirmed that 50% of dairy farmers in Northern Ireland now milk record. This includes producers with milking robots, who can avail of a DIY service.

“Getting to grips with SCC problems when they arise is important. Herds with bulk tank values above 200 will incur price penalties,” said Patterson.

Monthly milk recording provides farmers with information on individual cows, which can be monitored through a lactation.

But according to Patterson, it’s the analysis of SCC information that can provide the biggest payback for milk producers.

“At any stage we can let farmers know what percentage impact specific cows are having on overall bulk tank SCC readings,” he confirmed.

“This can be monitored over a period of time which, in turn, allows the farmer to determine the best management options for individual cows on a real time basis.”

Commenting on the benefits of selective dry cow therapy, Patterson said the technique only works for farmers dedicated to milk recording.

“There is a strong commitment within the dairy industry to bring the usage of anti-microbials down,” he said.

And selective dry cow therapy will work in this regard.

The Dale Farm representative continued: “Milk recording profiles cows that can be dried-off without the need for an antibiotic tube. But it also flags-up cows that have a chronic sub-clinical mastitis problem.

“In these cases, the producer can use a California Milk Test to identify which are the problem quarters. Armed with this information, the vet can prescribe a specific dry tube, which will give the best chance of the cow shaking off the high SCC problem altogether.” 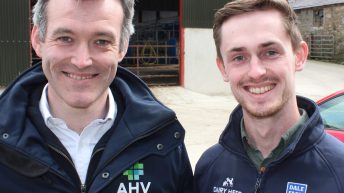