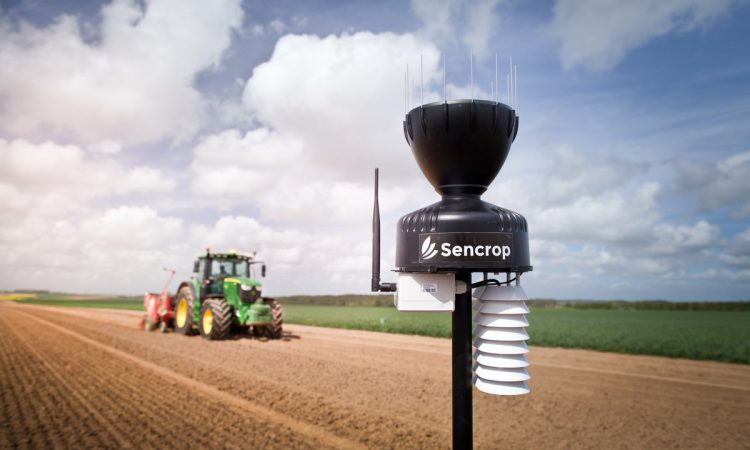 Digital farming and weather start-up Sencrop has been named by tech-tracking index Crunchdex as ‘one to watch’ amongst European technology start-ups.

The company, which already has a network of more than 300 on-farm weather stations in the UK, secured third position in the index, which was published this week.

Sencrop is the only agri-tech firm to make the June top ten, alongside entries in transport, fintech, gaming and medtech.

Published monthly, the Crunchdex rankings are based on a dozen metrics such as recruitment, fundraising, web traffic, app ratings and social media reach and influence.

“We’re delighted with the ranking,” said co-founder Martin Ducroquet. “It’s a tremendous recognition for all the hard work that our small but growing team has put into innovative product development, reliable customer support and advanced but accessible technological principles.”

In the three years since its inception, Sencrop has grown its team to more than 40 employees from seven countries, raised €10 million in funding, and attracted the attention of more than 10,000 farmers, winemakers and fruit growers across ten European countries.

Its weather sensor solutions – Raincrop, Windcrop and Sencrop Plus – give farmers a new edge in ‘agro-meteorology’, measuring air temperature, humidity, rainfall and wind speed, and connecting with other local stations, to improve on-farm decision-making and maximise productivity through a simple app.

Leafcrop, a leaf wetness sensor, was also launched in the UK this month, promising better disease prediction and frost protection for vineyards and orchards.