AgriSearch makes board changes at ‘pivotal time’ for agriculture 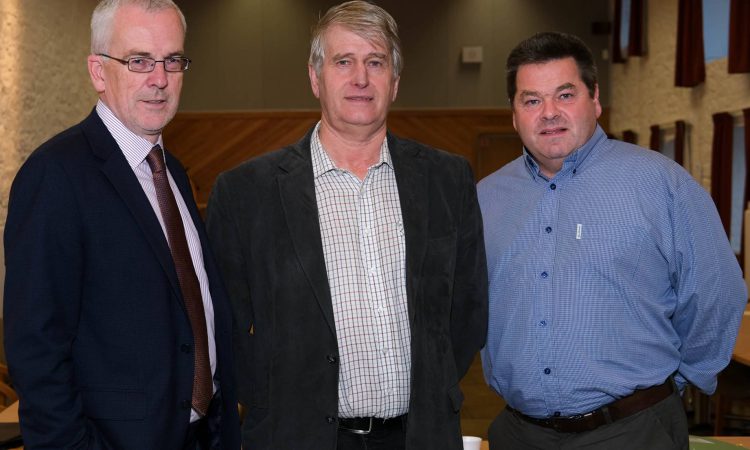 Farmer-funded research and innovation body AgriSearch has announced several changes to its board of trustees and advisory committees at its recent Annual General Meeting (AGM).

Jo-Anne Dobson is a former Member of the Legislative Assembly (MLA) who served on the NI Assembly agriculture committee. She is a partner in the family’s beef and cereal farm in Co. Armagh.

Jo-Anne, who is a living kidney donor, is NI Charity Ambassador for Kidney Care UK and also a member of the Queens University Simulation Centre User and Patient Safety Reference Group.

Her extensive experience in agriculture, business consultancy, financial management and organisational governance, as well as her work with charitable and voluntary groups, will be valuable to the strategic development of AgriSearch.

Martyn Blair also brings a wealth of relevant expertise to the board. He is a poultry farmer from Co. Antrim and holds a Master’s Degree in Agri-Marketing.

He is a former president of the Young Farmers’ Clubs Of Ulster (YFCU) and a board member of the Ulster Farmers’ Union (UFU). He is also a member of the UFU Next Generation Group and sits on its environment committee.

Martyn has just finished his three-year chairmanship of the board of North Antrim Agricultural Association, which is responsible for maintaining the membership-owned Showgrounds and hosting Ballymoney agricultural show each year.

Also at the AGM, Michael Bell stepped down from his position on the board.

AgriSearch chairman John Henning said: “Thanks to Michael for his service to AgriSearch over the past five years.

During his term as chairman of the board, AgriSearch has continued to evolve in recent years. Michael’s breadth of experience in agri-food and corporate governance has been invaluable to us.

There were additional changes in the leadership of AgriSearch’s sheep advisory committee with Edward Adamson taking on the role of chairman and Nigel McLaughlin as vice-chairman (pictured top with John Henning) after Crosby Cleland stepped down.

“At this pivotal time for agriculture in NI, shaping the future direction and focus of AgriSearch’s work will be increasingly important to address unprecedented challenges for the livestock sector and help us to deliver for our farmer-stakeholders,” added John Henning.

“On behalf of the board, I would like to thank all our trustees, committee members and staff for their dedication and hard work on behalf of AgriSearch.

“We congratulate and welcome our two new trustees and committee chairs and look forward to their contribution in the period ahead.”