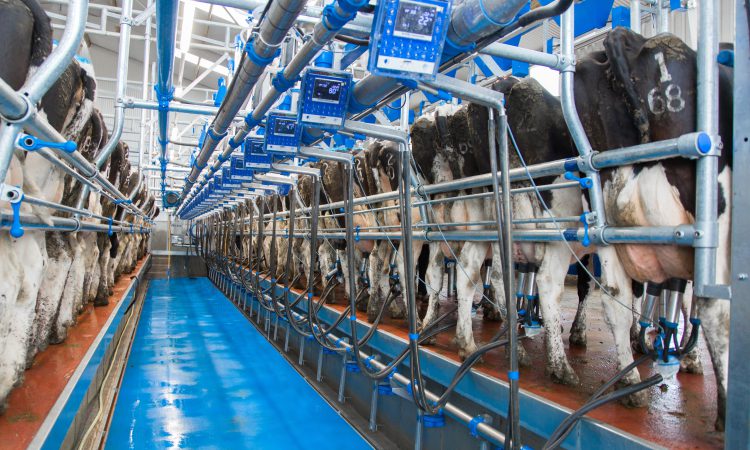 Turning to skim milk powder (SMP), the analyst said that this product has been a little mixed over the last couple of weeks but has generally trended higher as well.

“Overall, the European SMP quotation is up 4.2% since mid-April, moving higher over three of the last four weeks.

He highlighted that, year-to-date, butter exports are now 75% ahead of the same period last year.

“Ireland was the second-biggest butter exporter in March, accounting for 19% of the total, up 35% on the volume we exported in March 2019.

“Despite slipping to second place for the month, Ireland remains the leading European exporter of butter for the first quarter of 2020 accounting for 21% of the EU’s Q1 volume, up 48% year-on-year.

On the flip side, however, the INTL FCStone analyst noted that exports of SMP remained under pressure, falling 27% behind March 2019 while first-quarter 2020 exports are down 24% on last year.

“SMP exports bound for seven of the top eight export destinations were down on last year in March, including SMP exports to China which fell by 7% year-on-year.”

A sharp increase in SMP destined for Algeria, up 164% year-on-year for the month, who were historically one of the leading destinations for European SMP but dropped off somewhat recently, helped offset some of this negativity, he said.

Infant milk formula (IMF) exports were also down overall in March (-2.5% year-on-year). Ireland was the EU’s second-biggest IMF exporter in March accounting for 17% of the monthly total, unchanged on last year.

This week’s Global Dairy Trade (GDT) auction meanwhile saw its first move higher in three weeks and second gain in eight, as the overall index increased by 1.0% for an average price of $2,907, with mixed movements across both milk powders and fats.

SMP was the primary driver behind the increase as its index gained 6.7% while WMP which accounted for the largest volume of product offered on the platform was a little softer, down 0.5%.

“Fats meanwhile also saw contrasting moves with the AMF index up 2.7% while the butter index was down 1.9%,” Dr. Meehan added.

The latest data showing milk collection numbers for the five main global dairy exporting regions – EU-28, the US, New Zealand, Australia and Argentina – combined remained strong in March, up 1.6% year-on-year, posting a new record for the month, the analyst said.

“There are signs of April’s collections pulling back a bit, however, with Germany and France looking set to post negative numbers; the UK also continuing behind last year and the Netherlands posting a more moderate 1.6% year-on-year increase for the month,” Dr. Meehan concluded.