Home » N.Ireland » ‘As far as the people of this area are concerned the DUP is not interested’ 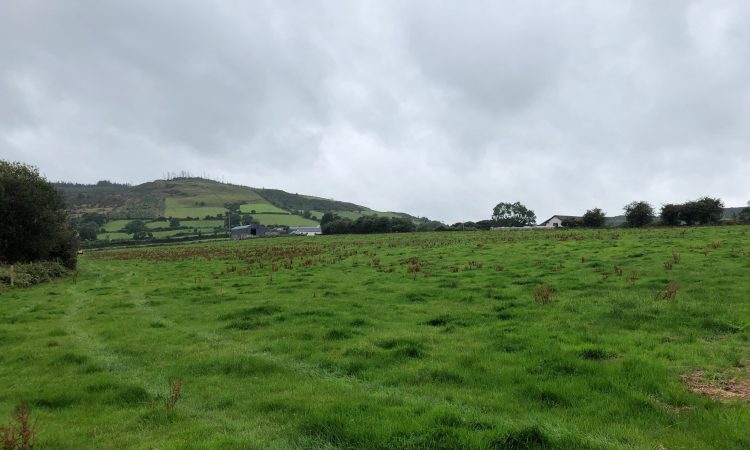 Apart from workers here having to apply for certain status [because of Brexit] there is now also the economic viability of actually working in the border area to be considered – the decline in the value of sterling is also very worrying.

These were the sentiments expressed by Bernard Boyle, an accountant in Forkhill, south Armagh – a picturesque area that nestles quietly not far from the foot of Slieve Gullion.

He is a member of Border Communities Against Brexit (BCAB) which has been highlighting the difficulties that will be faced by those living and working along the border area in Northern Ireland should a no-deal Brexit emerge.

BCAB was established in the autumn of 2016 – four months after the UK voted to leave the EU – following the emergence of mounting concerns over Brexit.

Boyle says the declining value in sterling will have many implications including whether or not people from across Europe will opt to work and live along the border region.

We have a Polish girl working with us here and she converts her sterling to euros – over the last number of months her net pay has reduced by 12.5%.

He continued: “So apart from workers here having to apply for certain status there is now also the economic viability of actually working here to be considered.

“There is a surprising number of people from Europe living in this area now and they all come here to work – not to live off the state.

“They are young hard-working people who are not a burden whatsoever on the National Health Service (NHS) and are making a positive contribution to the communities in which they live.”

‘Not expecting to feature’

Boyle went on then to highlight the feeling in the community about Brexit and Northern Ireland’s role in it.

The feeling around here in relation to Brexit is that it was nothing more than what was to be expected.

He added: “People in Northern Ireland never expected to feature in the Brexit debate in the first instance.

“They feel that Brexit Tory politicians couldn’t give a toss about the border between the north and the south or this border area; it just doesn’t come into their thinking whatsoever.

“It’s an itch which they are scratching at the moment; if the situation changed though and they weren’t depending on the DUP they would drop it straight away.

“That is the feeling around here – the Tories have no interest in this area whatsoever.”

Meanwhile, Boyle pointed to the Forkhill area and how the community there has flourished in the 20 years since the Good Friday Agreement.

The village of Forkhill is not on any main route between Dundalk and Newry but was once home to a huge army base during the troubles.

Advertisement
Today, that site has been cleared to make way for a modern housing development and children’s playground.

The area, according to Boyle, has been the beneficiary of development funding over the years from the EU and through international aid.

Meanwhile, the agri-sector has also survived and thrived there over the past 20 years.

The community got together a few years ago and converted an old dilapidated farm building into a business hub.

Boyle continued: “That created 32 additional jobs in the village – that is what EU funding has done for this area in terms of economic investment.

“There has been a lot of funding for peace and reconciliation and that money went to women’s groups and voluntary groups, youth groups, etc, for work on both sides of the community to bring them together.”

Boyle fears now that all of that work will become “undone” by Brexit.

All of that work will become undone because of Brexit; yet the work on peace and reconciliation in the communities needs to continue.

He added: “There is also a dependence in Westminster on the DUP and this area would not typically be DUP territory.

“The DUP is pro-Brexit and so as far as the people of this area are concerned the DUP is not interested.”

Meanwhile, in a statement to AgriLand, the DUP said the assertion that the party is not interested in people at the border is “simply wrong”.

“In fact, the DUP leader lives near the border, as do I and the focus of the party has always been on ensuring there is a sensible deal,” DUP Erne North councillor Deborah Armstrong continued.

To say I don’t care about the border is offensive just because I believe in respecting a referendum result.

“The problem is the backstop. The DUP wants to see an orderly exit from the EU  based on no hard border between Northern Ireland and the Republic.

“Nor should there be any creation of internal barriers to trade within the UK, our biggest market.

Brussels and Dublin need to be in deal-making mode for that to happen.

“Talk of soldiers and amateur dramatics at the border is reckless. Scaremongering does not provide the solutions that are needed.

“As the clock ticks down, the DUP will be working to secure a deal which works in the best interests of Northern Ireland and one which respects the constitutional and economic integrity of the UK.”