Australian milk production back 1.5% on February 2015 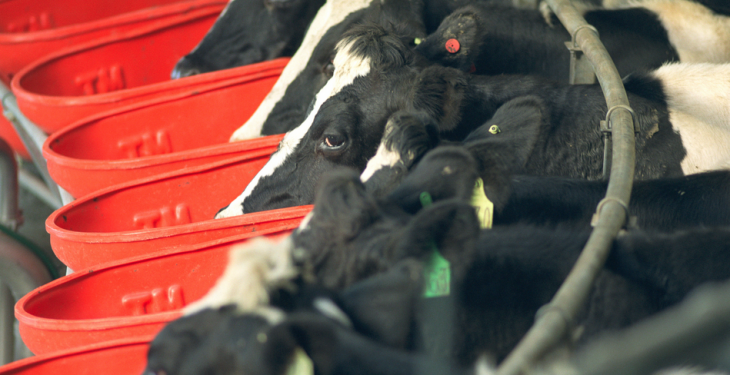 Australian milk production is back 1.5% on February 2015, the latest figures from Dairy Australia show.

The state of Victoria produces the largest amount of milk in Australia, with 62% of all milk produced in February coming from the state.

February production in the state was back 3.3% on February last year, with 419,252L of milk produced.

Earlier this year, Dairy Australia revised its Australian milk production forecast for 2015/16 and anticipates an overall decrease of between 1% and 2% for the season to June.

This implies a total milk volume of between 9.55 and 9.65 billion litres.

There was a relatively solid start to the season which was then followed by slower year-on-year growth through spring, which Dairy Australia attributes to the combined impacts of tighter margins and dry conditions limit milk production across many regions.

Elevated prices for grain and hay, combined with lower milk prices, have reduced the scope and incentive for farmers to draw on alternative feed sources to maintain or grow production, according to Dairy Australia.

Under-performing cows are also being culled, due to high beef prices in Australia at the moment.

Furthermore, strategies have been put in place early due to early warnings about impending weather challenges, in turn bringing forward the volume impact.

Volumes could prove more resilient later in the Australian milking season thanks to an ‘average’ autumn. However, Dairy Australia has said that even a recovery through this period would be too late to offset volumes lost a slow spring and summer.