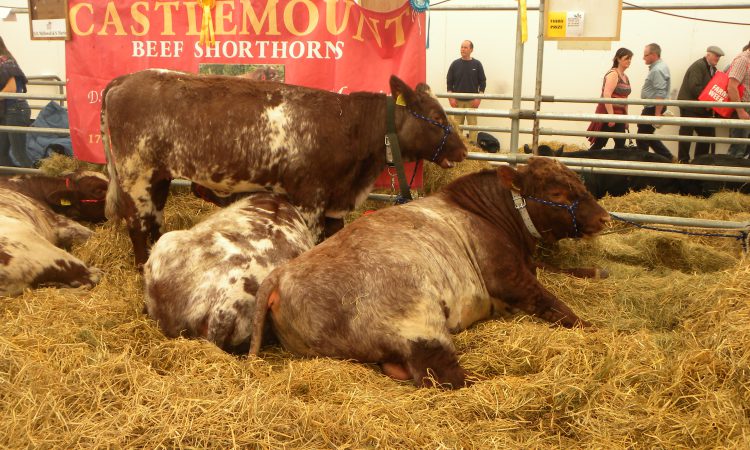 The jury is still out in my head as to whether the move to push ahead with last week’s Balmoral Show was the most strategic decision ever taken by the Royal Ulster Agricultural Society (RUAS).

Visitor numbers were well down on the first two days of the event, leaving quite a number of trade exhibitors very unhappy at the level of footfall around their stands during that period.

The other way of looking at this is to applaud the RUAS hierarchy for having the strength of character to push ahead with the event in the first place.

Opportunity at Balmoral for food sector

Many will make the point that the farming and food sectors have been starved of opportunities to profile their wares for the past two years.

The society will, I’m sure, stress that ongoing Covid-19 restrictions and many people’s continuing fear of contracting the virus, will have served to restrict attendance levels, despite all the efforts made by the RUAS to fully comply with government and health service guidelines.

And, no doubt, this reality has been factored into society thinking, where last week’s event was concerned.

Balmoral Show 2021 broke the mould, across the UK and Ireland, in being the only national event of note with crowds, to have taken place within the farming and food sectors over the past 24 months.

The Highland and Royal Welsh Shows were cancelled this year and last, while the same can also be said for the National Ploughing Championships exhibition area.

The RUAS is a charity. It’s not aimed at making profits – in a strictly business sense. But it can rack up major losses, if the organisation’s fortunes take a nose dive.

Society accounts for last year have already confirmed a loss of circa £1 million. And no doubt, even greater volumes of red ink will be required to reflect on its activities in 2021.

The silver lining within all of this is the commitment given by Northern Ireland’s agriculture minister, Edwin Poots, to compensate the RUAS for all Covid-related losses notched up over the past two years – provided a business case to this end can be made.

I sense the RUAS will have little difficulty in meeting this challenge. For the record, the Edinburgh and Cardiff Assemblies have already committed to ‘baling out’ the Royal Highland and Welsh Show respectively, where their Covid-19-related losses are concerned.

Poots, quite rightly, justifies his support for the RUAS on the grounds that Balmoral Show is just too important to lose within Northern Ireland’s annual calendar of events.

I also believe that Balmoral Show has an extremely bright future, not just in Northern Ireland but as part of the infrastructure that makes up the entire farming and food industry of the entire island.

The strategic location of Balmoral Park was a key driver for the RUAS when the decision was taken to move there in the first place.

The plan, from the outset, has been to construct a spur from the M1 motorway right up to the front door of the show grounds.

Once this is completed, easy access to Balmoral is guaranteed for any individual or family group living anywhere in Ireland.

The potential dividend that can be generated by making all of this a reality, both for the RUAS and Northern Ireland as a whole, is truly immense.

Balmoral Show 2021 is now fast disappearing in the rear view mirror. The event will also take place next year during its normal time slot – the second full week of May.

Given the fact that some people were not totally happy with the outworking of last week’s event, the need for the RUAS management team to make Balmoral 2022 a true spectacular is obvious.