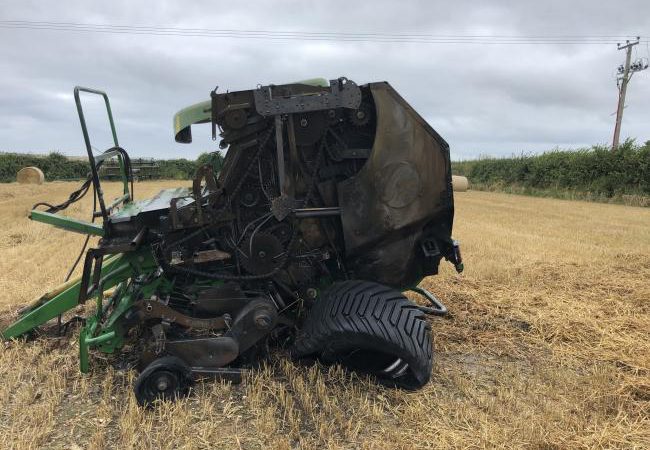 Fire crews in Cornwall were called to the scene of a baler fire in Padstow yesterday afternoon (August 17).

The crew used breathing apparatus and a hose reel jet to extinguish the fire and damp down the area.”

No injuries were reported as a result of the blaze as fire crews extinguished the blazing baler.

The need to stress the importance of keeping safe on the farm is vital according to the Health and Safety Executive (HSE) as figures show that a total of 41 fatalities were recorded on UK farms in 2020/2021.

This included nine employees killed, 25 self-employed killed and seven members of the public killed – which is an increase from the 21 the year before.

“Agriculture by metric is one of the most – if not the most dangerous industries within the UK.

“In 2020/2021, the agricultural fatal injury rate in the UK was 20 times higher than the all-industry rate,” said Maher.

Four farmers were hit by a moving vehicle whilst another person was driving or when they left the vehicle to complete a task.

Two farmers, a father and son, were killed by a water buffalo and one farmer was killed when his ATV overturned.

Those are pretty sobering statistics. What we need to focus on is how we can improve those statistics and there are some things farmers can do,” Maher continued.

“Sadly, most of the deaths in this report could have been avoided using simple, low cost or cost-free measures.

“Tiredness and fatigue could be a factor and farmers should assess risks and plan accordingly.” 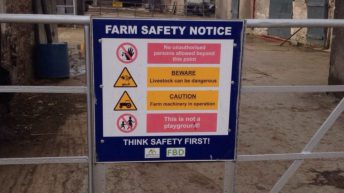