Home » N.Ireland » Bridging the great divide with due diligence and a sense of care 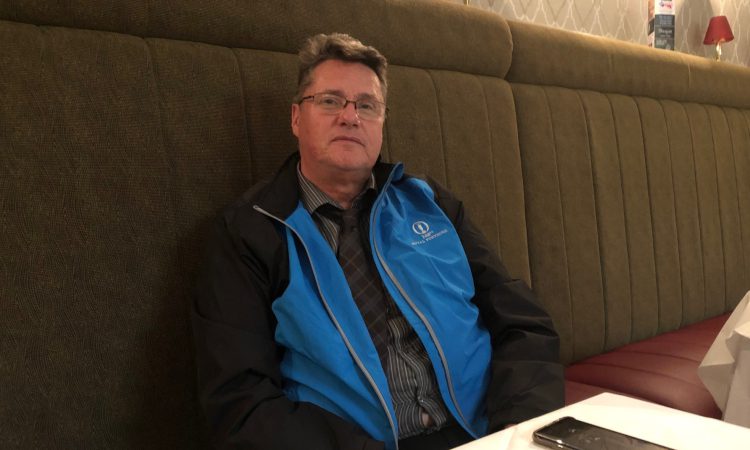 McNamee’s Bakery was established in Crossmaglen in 1939 – on the day World War II began the family signed for the property in the south Armagh town.

The business went from strength to strength despite weathering many storms over the years and that, says its general manager, is because of the care and commitment it has given to the community that it serves.

It’s now being run by the fourth generation of McNamee’s – the granddaughter and grandson of the original owners – Roisín McEvoy and Ronan McNamee.

Ronan was the one who came up with the idea to send Irish bread to the continent and back-hauling French bread at a time when there was no such thing as French bread in the UK.

Meanwhile, on the strength of the sales he realised there was a market there and together with a partner he set up a company called Cuisine de France…and the rest as they say, is history…

And so it was, with all that history compiled and examined, that the managing director of McNamee’s – Michael Waddell – sat down with AgriLand to chat about the impact a no-deal Brexit will have on what is by now a hugely successful family-run business that has become one of the biggest employers in Crossmaglen.

He also spoke about the positive impact the peace process has had in Northern Ireland and how everyone has “done their bit” to bridge the divides caused by the troubles.

McNamee’s Bakery ended up supplying Cuisine de France and as a result of that the company was in a position to set up a wholesale division on what was previously just a retail outlet.

Waddell continued: “I came down to manage the business on the back of the peace process in 2000.

“The Good Friday Agreement came into being in 1999 and I can tell you now, prior to that, I personally could never have envisaged – because of my background – coming to work in a place like Crossmaglen.

“I’m from east Belfast and that would have been a no-no. So, that is what the peace process has brought…”

Meanwhile, by the time Waddell arrived in Crossmaglen he had been working for 24 years in east Belfast as a production manager for Allied Bakeries – a well-known business that has Kingsmill as its most popular brand.

When he was “offered the opportunity” to come down and run a family business in Crossmaglen – he jumped at the chance.

I felt I could make a difference and that was my sole reason for coming to Crossmaglen.

Waddell added: “I live 65 miles away; I drive in every day, run McNamee’s Bakery and drive home at night – I’ve been doing that for the last 20 years now.

“I made a commitment at the same time many other people made commitments to the peace process; my commitment was to run McNamee’s Bakery and make it the biggest employer in the town – it has been that for many, many years and I am proud of that.”

Meanwhile, Waddell laid his cards firmly on the table when discussions turned to Brexit.

He says it’s going to be a “real game changer” – particularly for the small and medium-sized enterprises both north and south of the border.

Brexit is potentially an absolute game changer for a business – like McNamee’s Bakery – that has been the fourth generation and going into its 80th year.

He continued: “There has to be value in businesses like mine because of the longevity of them.

“McNamee’s has put pay packets into the pockets of families in this town for 80 years – through good days and bad days; through troubles that you would never believe in an area synonymous with the troubles in Northern Ireland.

“It would be tragic to see a business that survived all that to be destroyed by something like Brexit.

“As a manager of a business, it is very hard for me to quantify the impact Brexit will have on my business.

“We have filled out all the forms that we were supposed to fill out and completed our due diligence with our customers and our supply chain in so far as we possibly can.”