Arla Foods warns that if the findings of a London School of Economics (LSE) report prove true, non-tariff barriers to trade and restricted access to labour after Brexit could leave British consumers facing restrictions in the availability of butter, yoghurts and cheese.

The Government’s White Paper on the UK’s future relationship with the EU sets out proposals to ease trade between this country and Europe. But this is still to be agreed with the EU.

The LSE report states that any friction and any limitations on access to key skills will mean that UK consumers pay the price through less choice, higher prices, and potentially lower food standards.

Arla Foods has said there are three possible outcomes:

This is in addition to costly impacts throughout the supply chain, problems that could be exacerbated by a shortage of vets, lorry drivers and farm workers post-Brexit. 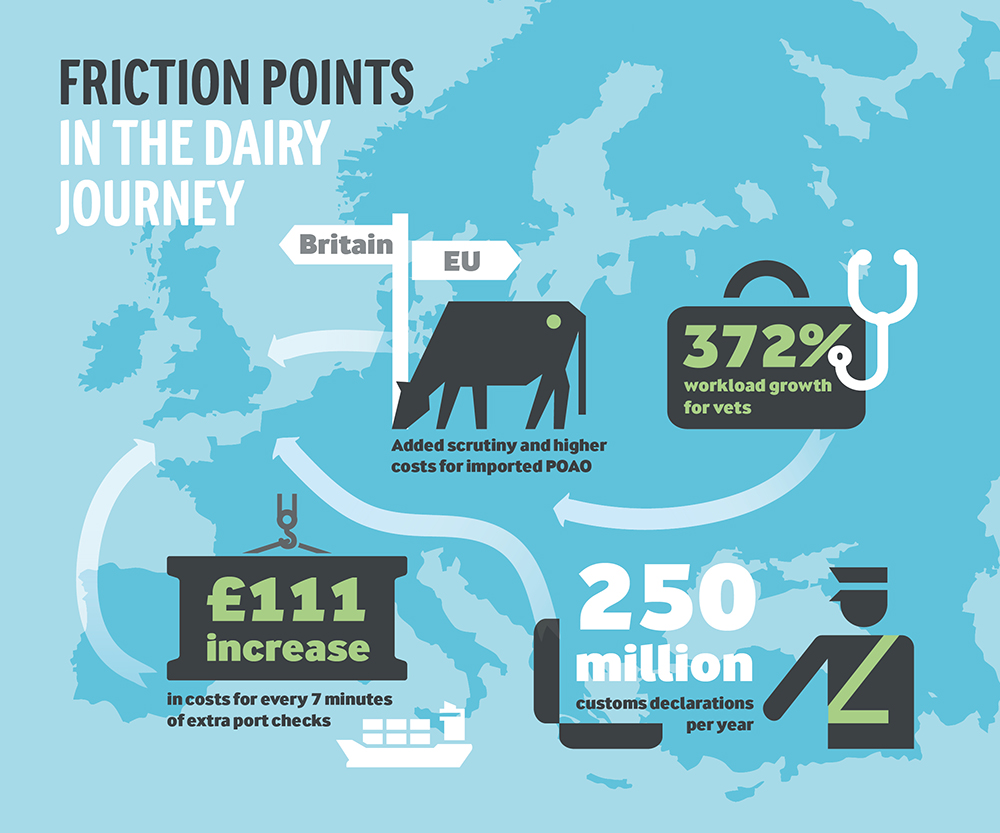 Amongst the issues caused by non-tariff barriers and unavailability of key labour, the report identifies:

Arla Foods is a global dairy company and co-operative owned by 11,200 dairy farmers; around 2,400 of whom are British.

This report makes clear that even with an agreement over trade and a ‘softer’ departure from the European Union these major issues remain, posing a dilemma for the British dairy industry at large.

There’s no margin to play with here in the value chain. Any disruption means that if we don’t get the practicalities of Brexit right, we will face a choice between shortages, extra costs that will inevitably have to be passed on to the consumer or undermining the world-class standards we have worked so hard to achieve.

Setting the context for the LSE report is the fact that the UK has the second largest dairy trade deficit in the world, at up to 16% (98% of our dairy imports are of EU origin).

Ash Amirahmadi said: “Our dependence on imported dairy products means that disruption to the supply chain will have a big impact.

"Most likely we would see shortages of products and a sharp rise in prices, turning everyday staples, like butter, yoghurts, cheese and infant formula, into occasional luxuries. Speciality cheeses, where there are currently limited options for production, may become very scarce.

It is important to be clear about this: Brexit might bring opportunities to expand the UK industry in the long term, but in the short and medium term we cannot just switch milk production on and off.

"Increasing the UK’s milk pool and building the infrastructure for us to be self-sufficient in dairy will take years.

“To protect the British public we are calling on both sides in the negotiations to be pragmatic and sensible as they address the practicalities of Brexit, allowing us to have frictionless customs arrangements and ready access to key labour in the years ahead."