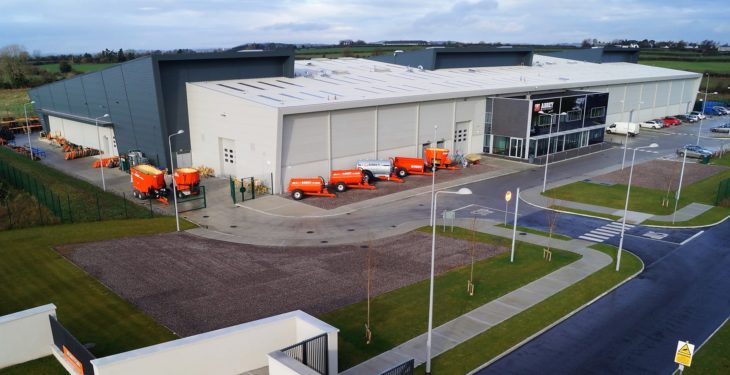 Clodagh Cavanagh, managing director of Co. Tipperary based Abbey Machinery, has been shortlisted for the IMAGE Businesswoman of the Year Awards.

Cavanagh, who heads up the well-known agricultural machinery manufacturing company, has been nominated in the CEO (Chief Executive Officer) category – along with eight other business leaders.

There are other categories up for grabs too, including ‘Entrepreneurship’, ‘Management Professional’, ‘Start-Up’, ‘Creative Industry’, ‘Social Entrepreneurship’, ‘Young Businesswoman’, ‘Overseas’ and ‘Digital, Science and Technology’.

The IMAGE Businesswoman of the Year Awards have been running for 11 years; the objective is to celebrate inspirational women across the entire spectrum of Irish business.

This year’s winners will be announced at a special gala dinner event on November 20. The event will take place at the Clayton Hotel, Dublin 4.

According to the firm, due to the emphasis on both environmentally-friendly practices and overall farm efficiency during recent years, many farmers are keen to apply slurry as cost-effectively as possible – using applicators on their existing tankers.

Many, however, are limited in that they have no suitable bracketry on these tankers.

Advertisement
Abbey’s so-called ‘Door Mounter Band Spreader’ solves this problem, the company claims, by having adaptable brackets to go onto the rear door of existing tankers.

In addition, there are brackets on the base – connected to the chassis for “even greater working life”, the Co. Tipperary based manufacturer says.

The applicator is fully galvanized; it’s mounted close to the tank for maximum weight transfer back onto the hitch of the tractor.

Benefits of the applicator, highlighted in particular by Abbey, include the deposition of slurry below the canopy of the crop. It is also said to reduce ammonia emissions and unpleasant odours.

Other claimed advantages include: less smearing of grass (giving a shorter rotation length); a longer spreading window; and a lower risk of disease transfer.

Minimum working height is 0.15m; at least 73hp is required to operate the rig. The applicator is priced at approximately €12,000 excluding VAT (not including the tanker, of course). 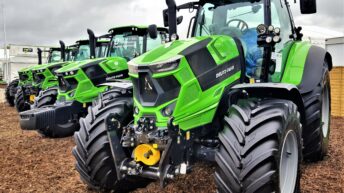 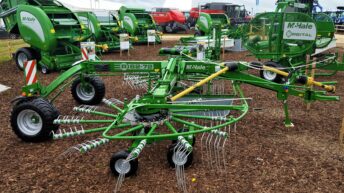