Home » Opinion » Climate Change: How is the farm machinery sector stepping up?

Climate Change: How is the farm machinery sector stepping up? 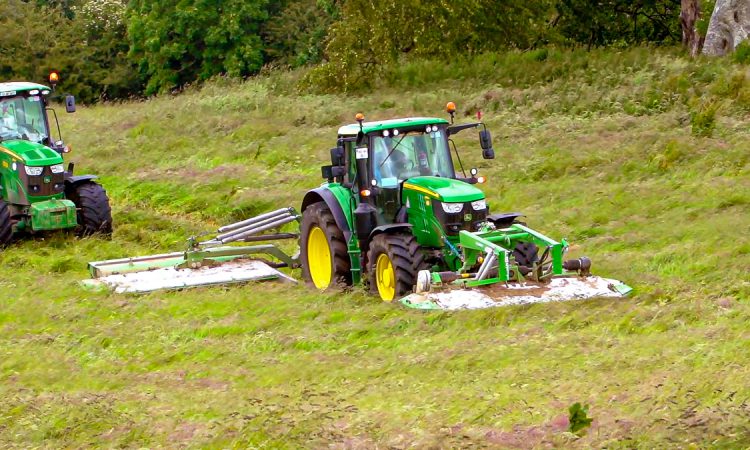 It often amazes me that the farm machinery sector has not been drawn into the climate change debate that seems to permeate every aspect of production agriculture at the present time.

The methane output of cattle comes in for no end of criticism while the same can be said for agriculture’s continuing use of artificial fertilisers and chemical sprays.

Meanwhile every tractor and self-propelled machine in the country is using billions (probably trillions) of litres of fuel oil on an annual basis. Just think of all that CO2 going up into the atmosphere.

It strikes that a switch to electrified equipment would do wonders when it comes to reducing the carbon footprint of production agriculture, not just in Ireland but around the world.

So what’s keeping all the world’s main engine manufacturers from coming up with an electrically powered alternative?

If we take the tractor as the machine that universally reflects the image of modern farming in most people’s minds, the issue can be best summarised courtesy of the following question – when will leading machinery manufacturers be unveiling an electrically driven tractor that can deliver 200hp with the farmer/contractor assured of a full day’s work form one battery charge?

Surely it’s not beyond the realms of imagination that they can do this. Meanwhile the development of electrically powered vehicles within the automotive sectors continues apace.

In my opinion, this is all about setting targets. Either the engine manufacturers come up with their own relevant targets to develop electrically powered machinery, or the likes of the EU in tandem national governments around the world set these deadlines for them.

Just because a tractor or a combine is heavier than a family car doesn’t mean that electrically powered versions of these items cannot be designed.

The other green alternative would is to come up with hydrogen powered engines. Within either scenario, Ireland can look to the future with tremendous positivity.

Wind and tidal sources can be developed to give us all the green electricity we need, while the electrolysis of sea water makes hydrogen production a more than feasible alternative moving forward.

The development of technology to produce green energy in Ireland has been ramped-up significantly over the past decade. Unfortunately, diesel engine manufacturers have not been able to keep pace with this rate of change.

This is a disconnect that must be addressed with some urgency, if production agriculture is to meet its own climate came objectives during the years ahead.