Home » Environment » Commissioner: ‘I don’t think we can allow’ imports made with banned pesticides

Commissioner: ‘I don’t think we can allow’ imports made with banned pesticides 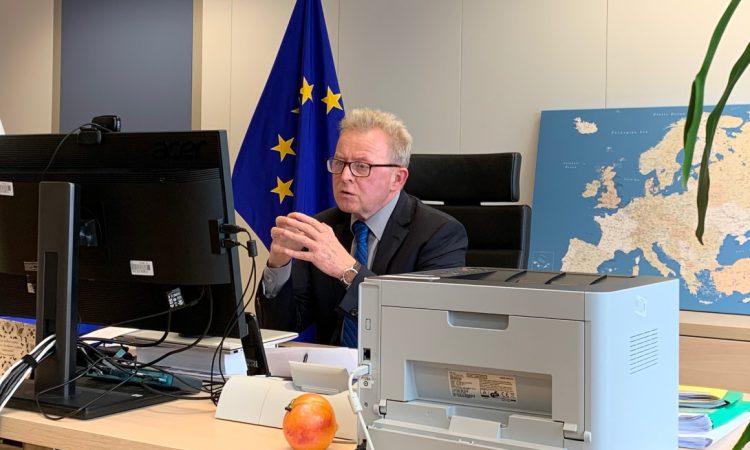 The EU should stop importing agricultural goods made using pesticides that are banned within the bloc, European Commissioner for Agriculture and Rural Development Janusz Wojciechowski has purportedly said.

The commissioner was speaking via video conference with members of the French Senate yesterday, Thursday, July 2, according to international media outlet Reuters.

As reported by Reuters, the commissioner said:

Regarding imports, I don’t think we can allow the import of products made with pesticides that are banned in Europe.

The EU has outlawed a range of crop chemicals in recent years, while the EU’s recently-published Farm to Fork strategy, aims to see a 50% reduction in European pesticide use by 2030.

The EU’s approach to food standards and environmental protection has contributed to farming being a stumbling block in trade negotiations, notably with the US.

Wojciechowski, speaking through an interpreter, purportedly said difficulties could arise in this area given the need to follow World Trade Organisation (WTO) rules, but that imports should be subject to the same standards applied in Europe.

European farmers, environmental activists and some politicians have long criticised the EU for being inconsistent in not applying the same rules to imported foodstuffs, such as genetically modified crops – with the controversial Mercosur agreement a prime example of this.