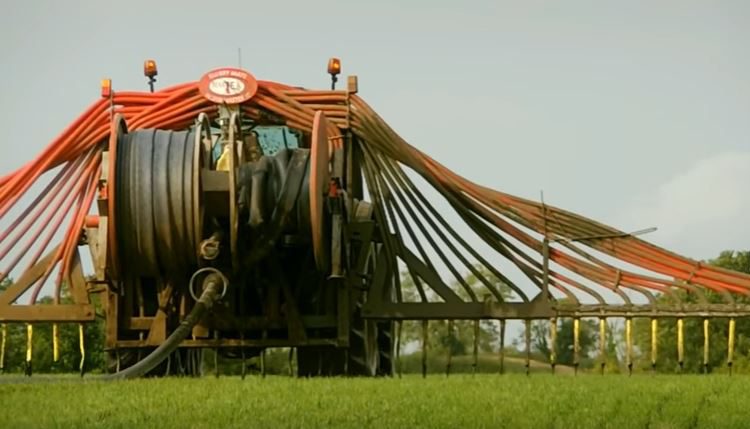 Contractors around the country have been busy spreading slurry since the deadline lifted, just as some tanks were reaching capacity.

Dairy farmers especially were getting tight for space just as the closed period for spreading came to an end, Maurice Gannon, an agricultural contractor from Keelogues, Co. Galway, said.

“A lot of the dairy farmers were just full, some farmers had been transferring slurry from one tank to another to get by.

We have been very busy spreading slurry for the past week or so and it will be full steam ahead for the next few weeks.

“We have two umbilical slurry spreading systems and five or six 2,600 gallon tankers, we would be spreading around 2m gallons a week,” Gannon said.

The contractor, who is based on the border of counties Galway and Roscommon, believes there is both pros and cons to the umbilical system.

“We have the umbilical system for four or five years, we decided to upgrade than and that’s how we came to have the two systems.

We wouldn’t be running both everyday, but it’s very handy to have it there when you need it.

“You can do a lot more work on marginal land with the umbilical system and a shower of rain won’t stop you working,” he said.

However, Gannon believes there is still a place for tankers, as thicker slurry isn’t suitable for the umbilical system.

Weather conditions for slurry spreading have been ideal for the past couple of days and field conditions remain in fairly good order for this time of year, he said.

Meanwhile, farmers in Co. Cork were also running out of storage just as the closed period for spreading ended, according to David Dennehy.

The agricultural contractor from Ballyhooly, helps run the family business which has been very busy of late thanks to the addition of a new umbilical spreading system.

Some farmers were on the border of being tight for space this year. Our new umbilical slurry spreading system is booked out for the next month.

“Our customers like it as there is less ground compaction and they want to get as much slurry spread as possible in the shortest amount of time,” he said.

Working for both dairy and beef farmers, Dennehy also spreads a lot of pig slurry for tillage farmers in the area.

The contractor covers north Co. Cork as well as parts of counties Limerick and Tipperary, travelling up to 110km from the yard, he said.

“We can spread between 1.4-1.5m gallons of slurry every week. Most of our customers have been asking for the umbilical system. 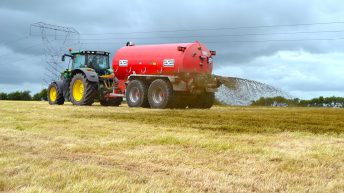 Do you know the biggest risk farmers take when working with slurry?