Asda is the first supermarket in Northern Ireland to sell Dale Farm Farmers’ Milk, giving its customers the option to pay extra in support of local dairy farmers.

The additional 25p (29c) will be returned to Dale Farm and shared equally among the company’s 1,300 farmer owners.

The initiative was developed after research showed that 63% of consumers said they would willingly pay more for dairy products if they were assured the extra money goes directly back to farmers.

A similar initiative was recently carried out in Britain where Asda partnered with Arla, a farmer-owned dairy co-operative.

The launch of Dale Farm’s ‘Farmers Milk’ is a great boost to dairy farmers, especially during winter months when they have additional costs, according to Stephen Cameron, Group Commercial Director, Dale Farm.

“Research shows that where food comes from, and who benefits, influences how people fill their shopping basket.

Consumers are willing to pay more if they know it goes directly to the farmers that produce it.

“At Dale Farm, our farmers don’t just milk the cows, they own the company.

“We are grateful to Asda for their continued support and for providing an opportunity for shoppers to give something back to Dale Farm dairy farmers,” Cameron said.

The introduction of Farmers’ Milk to Asda’s local stores is timely with the countdown to Christmas underway, Asda’s Head of Local Sourcing for Northern Ireland Michael McCallion said.

More than ever our customers want to understand where their food comes from and how it is produced.

“Through our support of initiatives such as Open Farm Weekend and Balmoral Show, we’ve raised awareness of the role Asda plays in the food chain and communicated important messages about food provenance.

“Dale Farm Farmers’ Milk is another example of effective collaboration, helping to communicate the ‘farm-gate to plate’ message in a meaningful way and offering our customers the chance to play their part in supporting the agricultural community,” he said.

The new Dale Farm-branded 2L carton of milk will be available in both whole and semi-skimmed varieties. 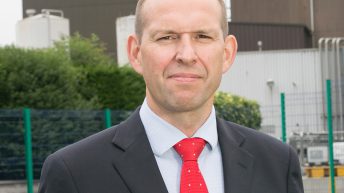