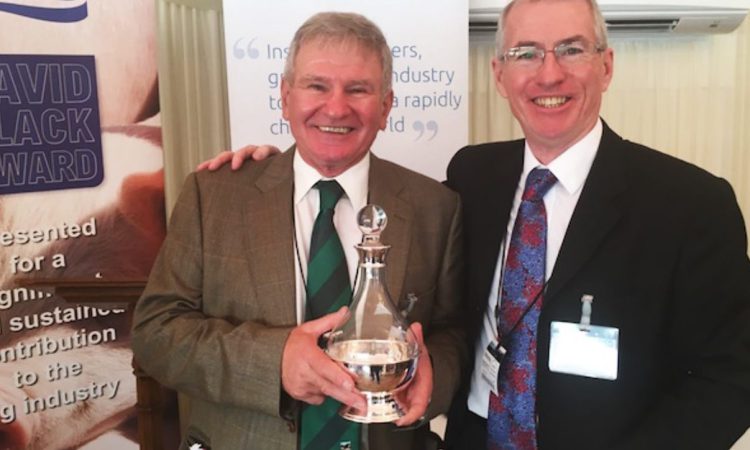 The deadline for making nominations for the 2018 David Black Award is fast approaching with just 10 days left to make nominations.

The award recognises people who have made ‘important and sustained’ contributions to the pig industry.

The award is sponsored by the Agriculture and Horticulture Development Board (AHDB) Pork and looks for figures in the industry who have gone the extra mile.

‘Somebody who has done something extraordinary’

Pork strategy director and chair of the independent judging panel, Angela Christison, said: “More than 50 years ago East Anglian pig producer David Black created the award that bears his name and it is as relevant now as it was then.

We still look for somebody who has done something extraordinary, and as a result, helped the industry. There are many people who fit that description and we want the industry’s help to find them.

The David Black Award has been presented annually since 1960 and was founded by the East Anglian pig producer after whom it is named.

It is the highest award the pig industry has to give and will be awarded to an individual or organisation who or which has made an outstanding impact on the British pig sector during the course of their work.

The winner will be selected from nominees put forward between June and August 2018 and selected by a panel of independent judges. Past winners include individuals, organisations, academics and groups.

The closing date for 2018 nominations is August 31. Nominations can be made online.