Home » Agri-Business » Declassified files: Have any lessons been learned from the ’90s ‘bread wars’?

Declassified files: Have any lessons been learned from the ’90s ‘bread wars’? 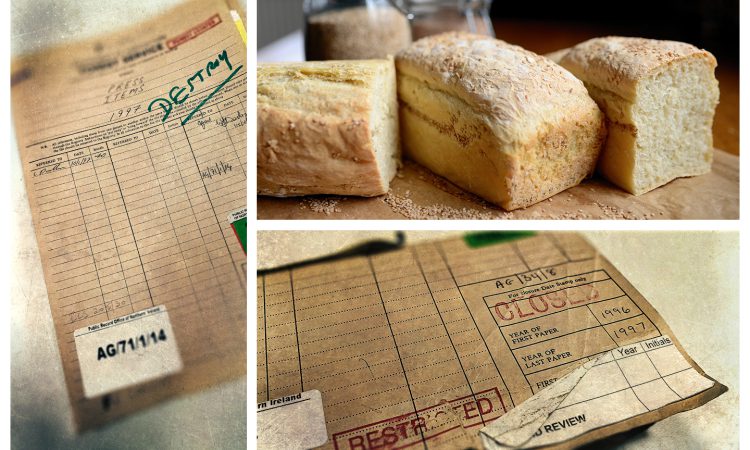 Officials in the early 1990s feared the frenzy to import lower-cost bread from the Republic of Ireland could lead to mass job losses in Northern Ireland.

The formerly classified files – which include prime ministerial briefing papers, internal memos and draft reports from within the Northern Ireland Civil Service – have been made public for the first time under the 20 Year Rule.

The imported loaves were heavily aerated so they would weigh just 600g despite being the same size as the domestically produced 800g loaves.

“This product, in volume, looks exactly like a standard 800g loaf and obviously may mislead the customer in relation to price and value!” a letter from the Northern Ireland Bakery Employers’ Council declared.

Bread produced in Northern Ireland at that time had to be sold in the UK’s prescribed quantities – 400g or 800g.

As the imported bread (weighing 300g and 600g) took less raw materials to make, they were able to be sold at a lower price, undercutting local bakers.

At one point in 1992, it was estimated between 10% and 15% of the bread consumed in the region was imported from the Republic of Ireland, with fears that should that proportion continue to rise, it could put jobs at risk in Northern Irish bakeries.

“On present trends, it’s possible the Republic of Ireland may change production to 300g and 600g loaves only,” minutes of one meeting warned.

However, despite pressure from officials in Northern Ireland, Westminster was reluctant to change the prescribed quantities.

“An average 50g drop in the weight of the current 800g loaf would lead to a drop in wheat consumption of 250,000t by UK bakers. This could cause serious disruption to the market,” a response from the Ministry of Agriculture, Fisheries and Food read.

To avoid this, the wheat would have to be bought into public intervention stores or exported outside the community with the benefit export refunds.

The lengthy series of letters and memos reveal many avenues were explored to stop the southern bread entering the region – including an investigation by Trading Standards into the marked weights and actual weights on the imported bread.

There were even allegations – although no evidence was found – that some imported bread was wrapped in the north with southern packaging.

Minutes and letters detailed fraught discussions with industry groups including the Northern Ireland Bakery Employers’ Council, The National Association of Master Bakers, the Federation of Bakers and even Trading Standards.

“But under EC law, we could not stop the importation of bread from another EC country even though it was not in the prescribed quantities,” a letter from the Department of Economic Development dated October 1992 read.

“As under EC law, goods lawfully produced in one state can be marketed in all other states [the Cassis de Dijon judgement], there are no powers available to us to stop the sale in Northern Ireland of loaves of whatever size produced in the Republic of Ireland.”

An internal departmental memo added: “As far as amending legislation is concerned, I can understand that the tail should not wag the dog. However, in this particular case our interests are not the same as Great Britain…

[The Federation of Bakers’] letter refers to the Northern Ireland problem describing it as “inconvenient” but concludes in the context of the whole bread market this represents only a small percentage. Well, it is more than “inconvenient” for our bakers and it is 100% of our percentage!

“I am afraid I do not find such argumentation compelling and think we should now seriously consider legislation – waiting for European change may be a long game and we could lose much of our industrial capacity in the meantime.”

Legislation requiring bread made in the UK to be made in prescribed quantities (400g or multiples of 400g) remained in place until April 2009 when it was overturned by an EU directive.

However, many UK bakers still stick to the traditional large (800g) and small (400g) loaf sizes.

The historic rule dated back as far as the Assize of Bread and Ale of 1266 – the first law in British history to regulate the production and sale of food – which stated that loaves should weigh a pound.

During World War II, this was reduced to 14oz in a bid to save flour. Later, in the 1970s, when the UK switched to the metric system, this was rounded up to 400g.

Bakers in Northern Ireland were keen to take advantage of the rule’s lifting, with Irwin’s claiming to be the first in the region to offer the new sizes, trialling three smaller loaves in its Nutty Krust range.

The bakery decided to make the three loaves permanently available after 300,000 were purchased after the launch.