A driver in Durham was lucky to escape uninjured after colliding with a cow late last night.

Police in the area warned drivers to take caution in the countryside following the "frightening incident" and shared pictures of the crumpled up Peugeot online showing the extent of the damage.

"This is the terrifying result of a motorist hitting a cow on the Sedgefield back Road at Great Stainton. Fortunately, no one was injured," officers wrote online.

"Driving around a bend slowly will give you more time to deal with a hazard.

Always wonder what’s around the bend and can you stop in the distance you can see.

Luckily, it wasn't just the driver who was able to walk away from the incident.

"Even the cow somehow only got minor injuries, and was still able to run from me for a good mile until it was put in a field with the help of some farmers," one of the force's Rural Cops officers replied. 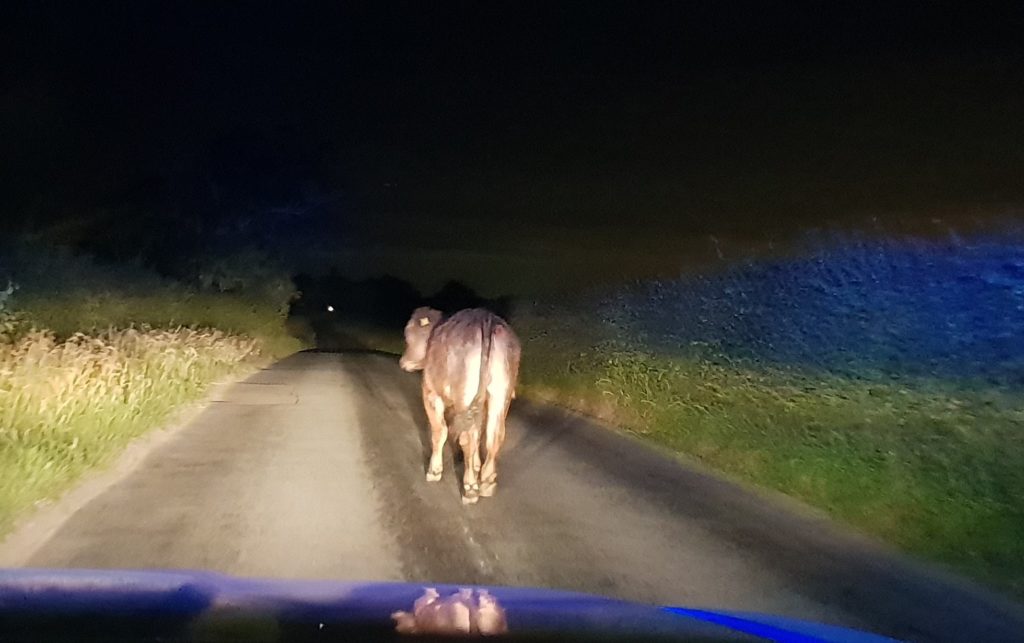 It follows just after a naked runner in the county was rumbled through a Haribo receipt he had dropped at the scene.

The Northern Echo reported that the man had targeted "dozens of young women" along the riverbanks in Durham City.

Cows and calves stolen from field in Armagh