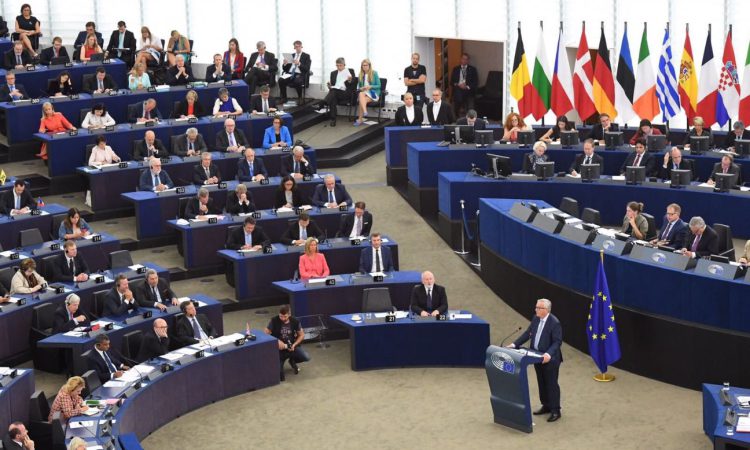 It is understood that May will request a shorter delay to the deadline – pushing Brexit out to June 30 – but will also ask for the option to extend it longer if needed, according to the BBC.

It is understood that the delay could last up to two years or longer.

However, speaking on German public broadcaster DLF this morning (March 20), Jean-Claude Juncker President of the European Commission, said the EU had not yet received such correspondence from Downing Street, according to a commission spokesperson.

.@JunckerEU @DLF #Brexit “Haven’t received yet letter from @theresa_may. #EU did everything we could to accommodate requests of UK but still no backing for #WithdrawalAgreement. #EUCO could meet next week again but patience wearing thin.#WithdrawalAgreement won’t be renegotiated”

Meanwhile, Speaking at a news conference in Brussels yesterday, Michel Barnier, the EU’s chief Brexit negotiator said: “everyone should now finalise all preparations for a no-deal scenario.

“On the EU side we are prepared. The House of Commons also voted in favour of an extension of Article 50.

If Prime Minister May requests such an extension before the European Council on Thursday it will be for the 27 leaders to assess the reason and the usefulness for an extension.

“EU leaders will need a concrete plan for the UK in order to be able to make an informed decision. In any case the European Council will need to assess what is in the best interests of the EU.

“Extending the uncertainty without a clear plan would add to the economic costs for our businesses, but would also incur a political cost for the EU.

“It is for the British government and parliament to decide very quickly what the UK wants to do next,” Barnier said.

Tomorrow EU leaders will meet in Brussels for the Spring European Council.

The summit will focus on strengthening the European economic base, climate change, the upcoming summit with China and ways to tackle disinformation.

On March 21 the EU27 leaders will meet to discuss Brexit;while on March 22 EU leaders will mark the 25th anniversary of the European Economic Area.

In a statement on the European Council website it is outlined that: “A strong economic base is of key importance for Europe’s prosperity and competitiveness, and for its role on the global stage.

“In this context, the European Council will discuss the future development of the single market, the Capital Markets Union, and the digital, industrial and trade policies and dimensions in preparation for the next Strategic Agenda.

“The European Council will address priorities for the 2019 European semester and will be invited to endorse the recommendation on the economic policy of the euro area,” the statement reads.