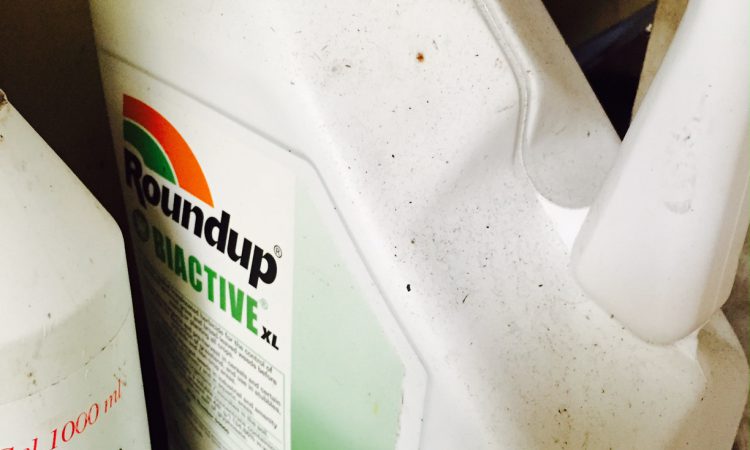 The European Commission looks set to re-licence Glyphosate the worlds most widely used and controversial weedkiller.

According to reports in the Guardian today, a draft decision by the Commission recommends that the key ingredient in Monsanto’s well known Roundup product be reapproved for use in the EU.

The glyphosate review comes in the wake of a recent classification of the herbicide chemical by the UN as ‘probably carsonagenic’.

Decisions on the authorisation of an active substance, such as glyphosate, are made at EU level following advice from the European Food Safety Authority, EFSA. Member States have competence to authorise products containing EU-approved active substances.

According to a recent report from the European Food Safety Authority (EFSA) glyphosate is ‘unlikely to pose a carcinogenic hazard to humans‘,

However, the EFSA has proposed a new safety measure that would tighten the control of glyphosate residues in food.

This conclusion was to be used by the European Commission in deciding whether or not to keep glyphosate on the EU list of approved active substances.

It will also be used by EU Member States to re-assess the safety of pesticide products containing glyphosate that are used in their territories.

There is no misuse or inappropriate use of Roundup or herbicides containing glyphosate in Ireland, the Minister for Agriculture said recently.

The Minister said that annual reports on his Department’s website, show that no cereals of Irish origin breach the Maximum Residue Levels established in the EU.

“Furthermore, these results indicate that there is no misuse or inappropriate use of glyphosate-containing products on cereals and indeed the results prove that there are no indications of misuse of any plant protection products (PPP) on Irish cereal crops and are indicative of responsible PPP use,” he stressed.

The Minister also said that, in addition, as part of the cross-compliance inspection regime carried out at farm level, checks are carried out to ensure that plant protection products are used by farmers in accordance with their conditions of authorisation.