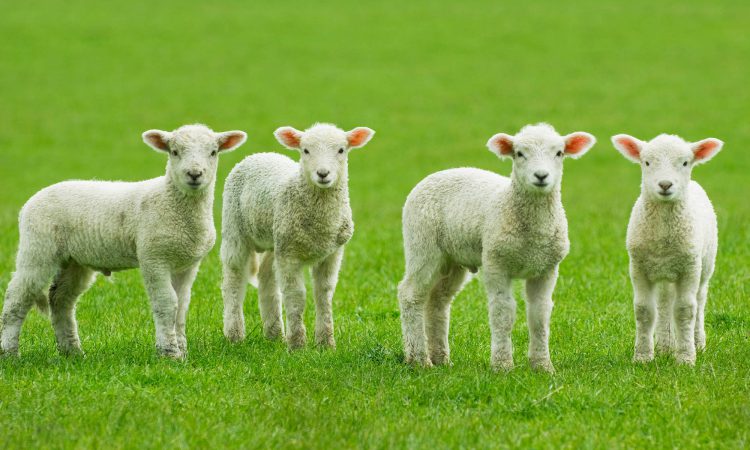 Ewes with low protein levels have a higher risk of losing lambs between scanning and birth, according to the latest research findings.

It’s been known for a long time that ewe body condition and energy balance in late pregnancy impacts on lamb survival, but the impact of protein status has been less well studied until now.

As part of a larger study examining neonatal survival, a metabolic profile was conducted on every ewe in a flock.

While energy balance across the flock was good, long-term protein balance (measured by blood albumin levels) was variable, with around half the ewes in the flock having low results.

Ewes that lost one or more lambs between scanning and tagging at 24 hours old had lower blood albumin levels than those that did not lose a lamb.

This shows that long-term protein status is an important factor for newborn lamb survival. Further work is necessary to determine whether this is due to concurrent disease (such as liver fluke), or poor dietary protein supply during pregnancy.

The study also found that lambs that are poor at birth have lower liveweight gains up to weaning; while the Agriculture and Horticulture Development Board (AHDB), Quality Meat Scotland (QMS) and Hybu Cig Cymru – Meat Promotion Wales (HCC) funded the study.

The interim results of the project, led by the University of Edinburgh, highlight the importance of ensuring that ewes are fed to meet their energy and protein requirements in late pregnancy, while addressing any diseases that may affect protein status.

This project will continue to explore the risk factors for poor long-term protein status in late pregnancy.

Antibiotics such as: fluoroquinolones; third/fourth generation cephalosporins; or colistin.

It also found that prophylactic oral antibiotic treatment at birth in a well-run flock does not improve lamb survival or performance.

A joint statement from the three levy boards said: “This project has highlighted the importance of ewe nutrition on the lead up to lambing and the potential outcome of the lamb.

In order to provide sufficient colostrum for their newborn lambs, ewes require a diet which meets their nutritional requirements in the final weeks before lambing.

The interim results can be found online; while the final results of this project will be available later this year.

The work was part financed from the £2 million fund (rising to £3.5 million in April) of AHDB red meat levies, ring-fenced for collaborative projects which is managed by Britain’s three meat levy bodies: AHDB; HCC; and QMS.

The fund is an interim arrangement while a long-term solution is sought on the issue of levies being collected at point of slaughter in England for animals which have been reared in Scotland and Wales.