A daring team of two farmers and two farm vets, who say they are capable of making anything work with a combination of bailer twine and gaffa tape, are set to rocket through London's Alexandra Palace on Sunday in a home-built go-kart.

Westpoint contract calf rearers and arable farmers Vanessa Tagg and husband Richard, the couple's farm vet, Molly, and her partner, Ian, have been busy working behind closed doors working to put the crazy idea into fruition. 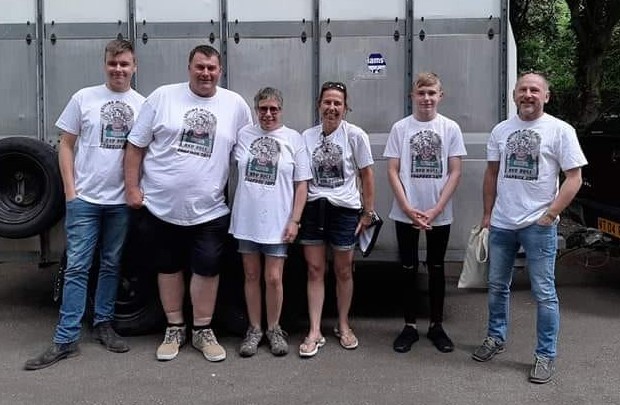 The two couples have joined forces in a bid to get the public talking about British farming and see that being a country-dweller is about much more than just wellie boots and harvest.

"For me, it's about being able to teach my boys as well that while we live on the periphery, there is still so much we have to offer - country people can be engineers, dancers, farm and have a laugh too," Vanessa said.

Life's short and we get enough stress in farming that sometimes it is nice to do something a bit different, that's really just a bit of fun.

The two couples have a tradition of taking part in community-based events to highlight the industry and those involved in it. Previous feats have included sky-diving, a cycle from London to Paris and a 50km walk.

But their latest attempt certainly seems to be working, with their entry 'Driving Miss Daisy' - a giant papier-mache cow on wheels - currently in first place for the People's Choice Award. 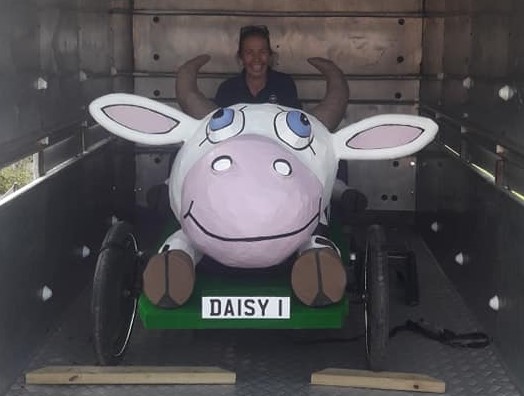 The idea to enter came about when the Tagg family was watching the Red Bull Soapbox Race together at Christmas when one of Vanessa's children asked if they could enter.

Thousands of hopefuls try to get through each year, so when Vanessa jocularly agreed she certainly did not expect to have to dress up in costume and dance on stage beside Miss Daisy.

The first step was to complete a web-based racing game in under 30 seconds. While Vanessa admitted she and Richard struggled with this step - coming in at around four minutes on even their best attempts - the boys were able to get through the course fast enough to allow them to enter. 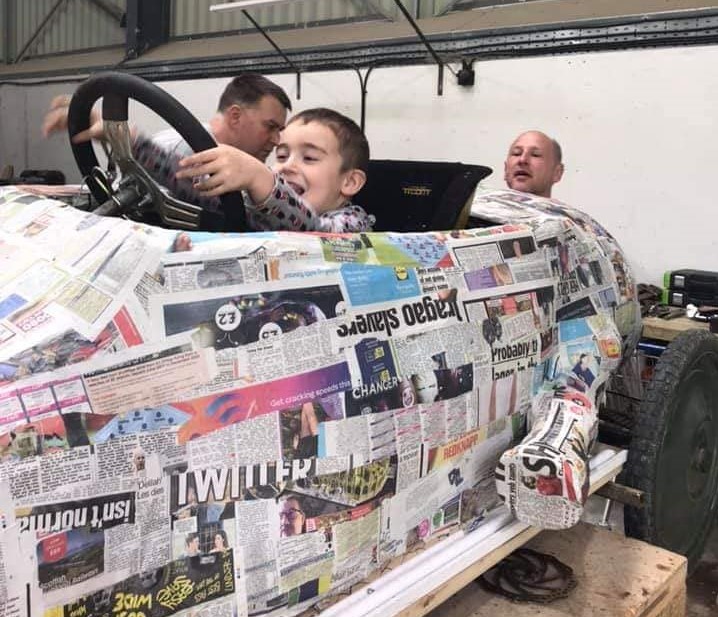 One of Vanessa's sons puts Daisy's steering to the test[/caption]

With the help of a local blacksmith, they were able to get the axel steering of the kart together and start the gruelling process to papier-mache the shape of the cow by hand.

Weighing in at around 80kg, getting around the track in one piece will be a challenge for Daisy, but with Molly in the driving seat, they reckon they have a good chance.

You can watch how the team gets on this Sunday (July 7) when the race will air on the Dave Channel at 5:00pm.