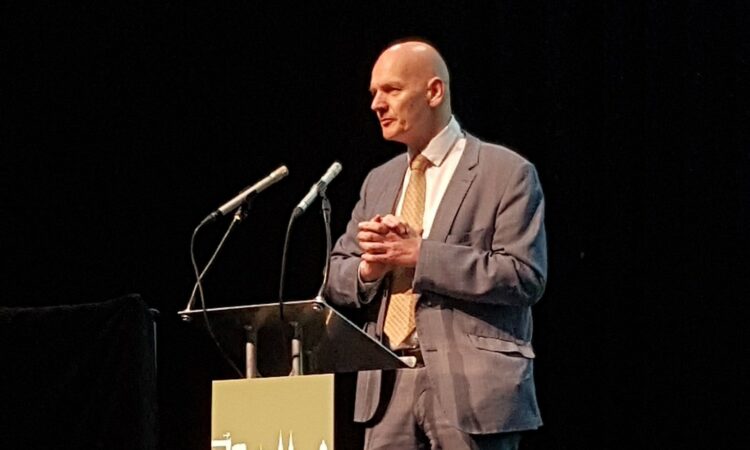 Food security experts from all over the world converged in Belfast this week (May 28-31) for a major summit on how to feed a growing global population.

The Belfast Summit on Global Food Integrity (ASSET2018) is being hosted by the Institute for Global Food Security (IGFS) at Queen’s University Belfast, along with principal partners safefood and Laval University (Quebec, Canada).

The event was chaired by Prof. Chris Elliott OBE, who previously led the UK Government’s inquiry into the horsemeat scandal.

Keynote speakers included those with experience in organisations such as WHO, UN, EU, World Wildlife Fund, World Bank and PepsiCo – as well as international agri-food research institutions such as Wageningen WUR (the Netherlands), The China Agriculture University and the University of Minnesota.

Dr. John Bell, head of bioeconomy at the European Commission, opened the summit.

A ‘super-panel’ of senior, international female food regulators gave an overview of some of the biggest challenges facing the global food industry:
Advertisement

Speaking ahead of the summit, Queen’s University’s Prof. Chris Elliott, said: “We’re going to talk, discuss, debate – probably argue – about some of the big things which are happening in our food supply system; some things which are horribly wrong and need to change.

The need to address the challenge of global food security and integrity is of increasing importance and urgency with a growing world population.

“The significance of those attending and speaking at the Belfast Summit, organised by our Institute for Global Food Security, is testimony to the calibre and importance of research undertaken here.

“It is with this focus, that I have decided to move from my role as faculty pro-vice-chancellor at Queen’s and to prioritise my research efforts on global food integrity.

“I have been successful in developing partnerships across the world to form an international coalition to fight against the scourge of food fraud.”