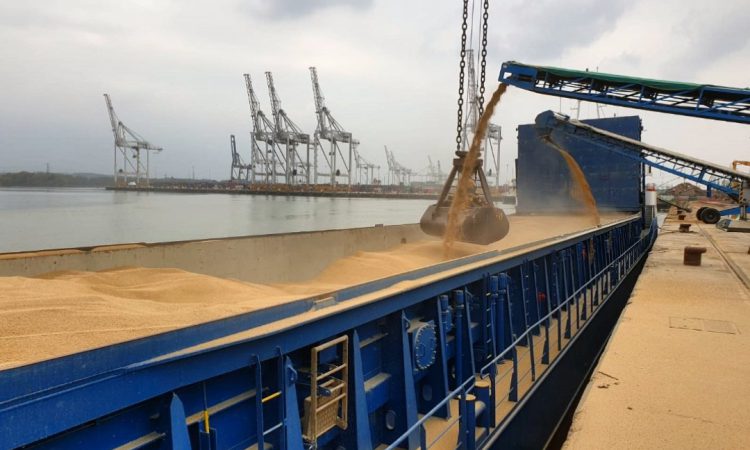 Grain markets began to move in a more positive direction this week. While the coronavirus is still affecting the market, as always there are countless factors weighing in on grain prices.

In recent weeks AgriLand has reported that transport strikes in France have been affecting the logistics of grain exports. Despite this, reports are that demand for French soft wheat hit a six-year high for the month of January.

Export demand is giving support to prices. However, looking ahead to new crop, MATIF wheat for September was €10/t behind the March price on Friday afternoon, February 7.

In Brazil a late soybean harvest is creating uncertainty around the Safrinha corn area. Reports are suggesting that growers in southern areas of the country may reduce the area of Safrinha corn planted as they get near the end of the planting window.

Brazilian farmers are expected to produce 124 million tonnes of soybeans in 2019/2020, according to INTL FC Stone. This is due to both high yields and increased area.

This week’s grain market figures for the LIFFE wheat, MATIF wheat and Chicago Board of Trade (CBOT) wheat and corn are listed below. 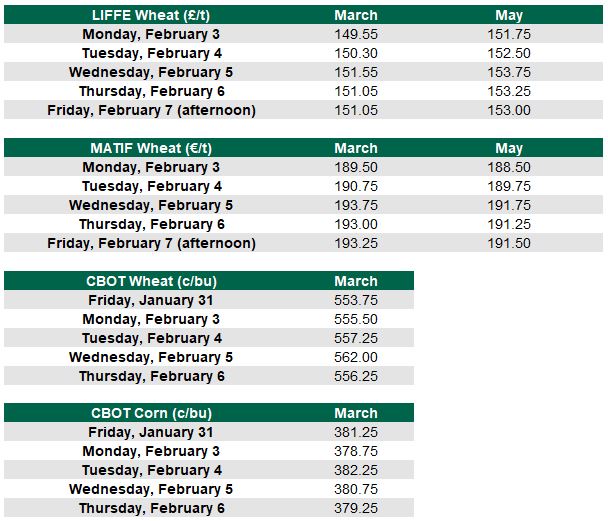