Concerns over the coronavirus were no doubt having an impact on markets, while large production estimates for the season ahead also played a role.

The spread of the virus to Europe has impacted on markets as traders take into account the effect it may have on consumers' habits, as well as the effect on logistics.

Looking at grain production in the Black Sea, a milder winter has allowed crops to avoid frost kill and the amount of grain available for export is expected to rise.

Russian wheat exports are expected to reach 32.2 million tonnes. Exports for July to January were down 17% at 21.8 million tonnes (January 23).

That's an increase in area of 5% for corn; and 12% for soybeans; while wheat is unchanged.

A note for any malting barley growers supplying Boortmalt - the Free-On-Board (FOB) Creil price for 2020 has not been available to AgriLand in recent weeks. However, on February 28, a spot price reported for old crop (2019 grain) was €161.00/t. 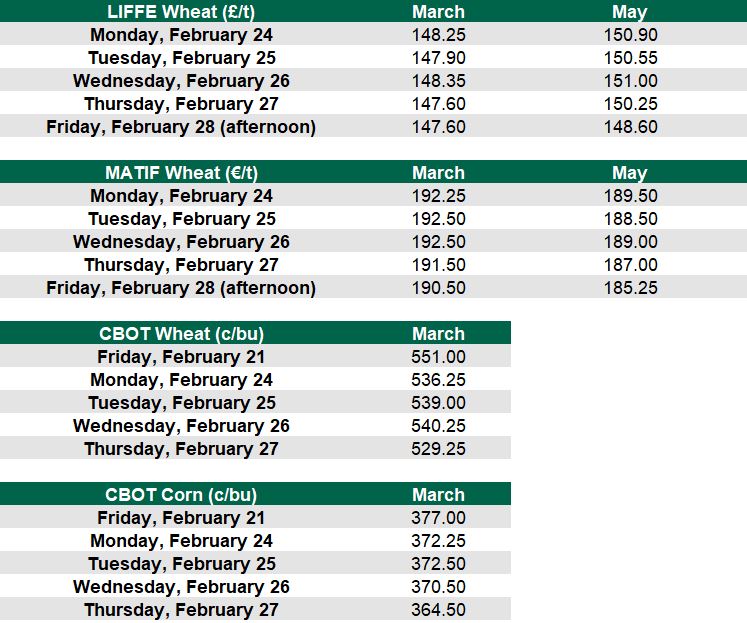