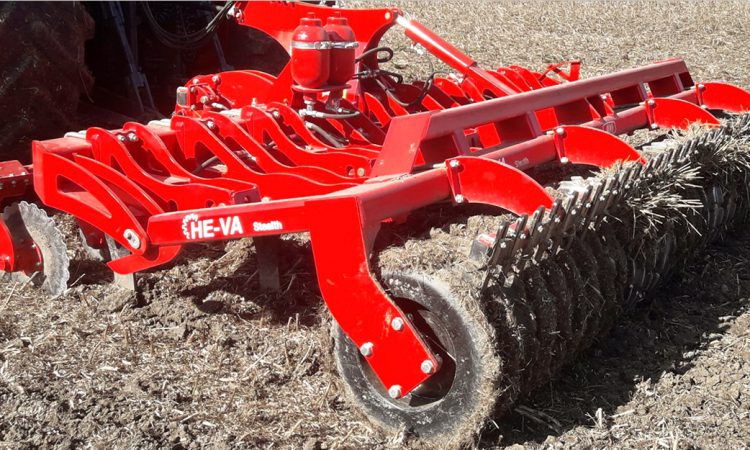 Dragging a subsoiler through a field is usually considered the preserve of a big tractor on heavy land. However, the Danish implement manufacturer He-Va, has taken the concept of below-surface cultivation a step further with its new Stealth subsoiler.

Over the last few years, there has been a growing realisation that the potential to improve yields by attending to what goes on above ground is becoming exhausted.

Attention, instead, is moving to what can be done to help the plant thrive through better establishment of the root system.

Machinery manufacturers have usually taken this to mean reducing ground pressure through wider tyres, less field traffic, and so on. He-Va is exploring another route and that is soil cultivation without disturbing the top layer.

This latest tool of theirs is designed to do just that. The company claims that soil tillage is significantly reduced compared to a traditional subsoiler, although the maximum working depth is only 30cm.

By reducing the cultivation at the surface, there is less germination of waste grains and weeds. The mixing of the upper and lower soil zones is also limited, thus preserving the natural soil structure in the higher layers.

It is, generally, recognised that subsoiling helps with aeration and drainage, leading to improved fertiliser utilisation and more vigorous root growth. A strong root system is also more drought resistant and can make better use of inputs.

Disturbance of the surface is reduced through the use of a narrow tine leg of just 15mm. These may be equipped with either an auto re-setting hydraulic break-back system, or a shear spindle which can be manually reset six times before needing replacement.

A serrated disc runs in front of each leg to slice the soil before the leg acts upon it, this to is said to further minimise the disturbance of the soil surface.

Power requirement for the smallest machine of three metres starts at 100hp while the six-metre folding unit can handle up to 350hp. There are four other working widths in between.

He-Va sees this implement being particularly suited to minimum tillage situations where deeper work on the soil may be beneficial without full inversion or mixing of the layers taking place.